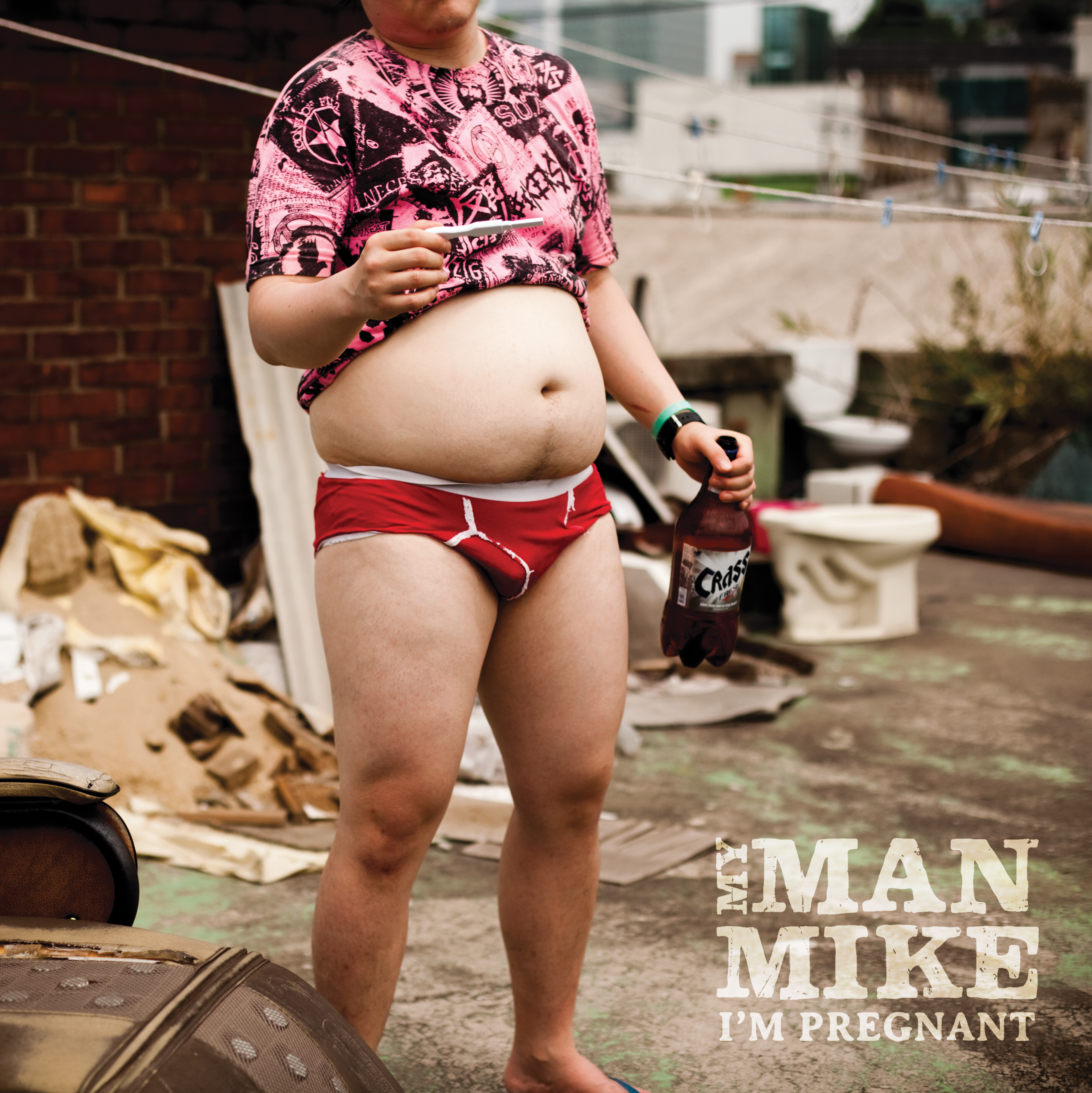 On their previous release Mymanmike wanted to get married. On their second release they are pregnant. Things move fast for Mymanmike apparently, so congratulations on behalf of the SWNK-staff!

Roughly a year after their debut release the three man (and three nationalities) band is back. That’s quick. Especially considering there’s a couple of splits on it’s way and they’re playing shows whenever they can. They must feel inspired to write and record music in the little time they have left. On their debut the band played insanely fast hardcore, bordering on powerviolence. On I’m pregnant the band has slowed down a bit. It’s still fast, but no longer insanely fast. In my review of Will you marry me I praised the band for not forgetting to write songs. It’s very clear on I’m pregnant the band has not forgotten that artform. I’m pregnant harbors eleven songs.

Although the songs are a bit slower, other trademarks of the band have remained. All members take their turn on the mic, where each member adds a different sound. Samples used as intro and outro are still abundant. What the band is offering is still not world-shaking, but we’re not listening to this type of music for that, are we? The subjects dealt with are a bit lighter now. Best example (and my favorite song on the album) is 2 headed sharktopus. If you are curious how such an animal would look like all you need to do is take a look at the insert. Priceless!

I like the direction this band is heading on this new release. It’s fast, catchy and a fun ride. I am looking forward to those split albums the band is promising!