MyManMike – Will You Marry Me? 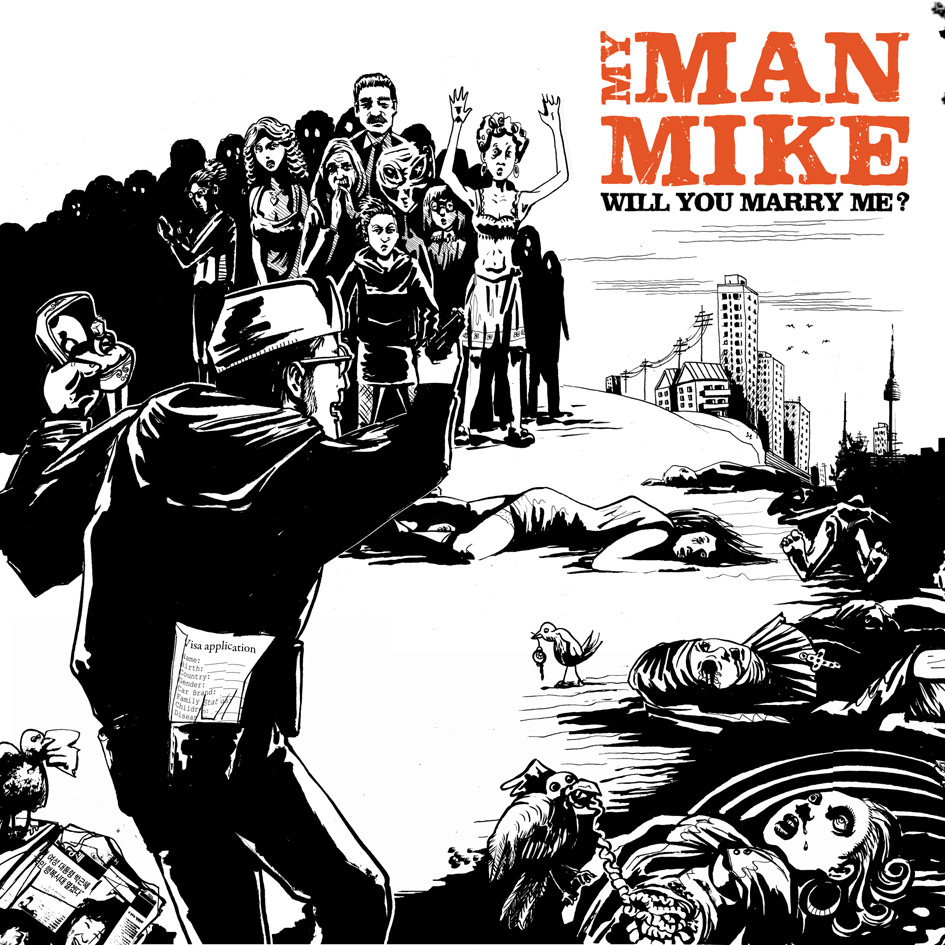 I once visited a concert where a thrash metal band played. Well, actually I’ve seen a lot of thrash metal bands live, but I’m thinking of one show in particular. After the first song a couple of people in the crowd where yelling “faster! faster!”. Instead of ignoring this the band responded by saying they would change their setlist a bit and indeed, the next song was faster. The crowd was still yelling “faster! faster!” though. The singer looked at the crowd frowning, gave in and the band played their fastest song. Still the crowd was yelling “faster! faster!”. From this point on the band ignored that part of the crowd and just played their set (and it was awesome, in case you’re curious). Perhaps this crowd should have gone to see a MyManMike show. This is some fast music! Not the thrash-hardcore crossover style you might expect after reading the introduction and know from bands like Municipal waste, oh no. Think more powerviolence-like stuff. Biggest difference with the powerviolence I usually listen to is the vocals. I am used to death metal/grindcore style vocals, while Mymanmike opted for the hardcore style. Mymanmike has two vocalists, one more high pitched, reminding me a bit of Section8, and one more a low growl. The difference can also be heard in the music itself which is tad more hardcore oriented.

The danger of playing that fast is that the focus shifts from the song to playing as fast as you can. Which is unforgivable if you ask me. Well, at the very least it will make me not listen to that music very often. Ha, that will teach ‘m! MyManMike does not fall into that trap. They release 10 real songs, some reminding me of a modern version of the debut album of Implulse Manslaughter. Including the trick of speeding up a song, which made me smile.

The band is internationally oriented with members from three different countries: South Korea, France and USA. They’re based in South Korea now (which could be a hint to what you can expect musically) and toured Europe earlier this summer, playing 59 shows in 14 countries. Pretty impressive for a starting band if you ask me. Short and intense shows I presume, as the band has one album that doesn’t even make the 15 minutes mark. But hey, that’s how we like it, right? Short and intense! To conclude this review: the ten songs presented here are short, intense and quite enjoyable, although not world-shaking.