Nelson Can – Our World Is Their New Oyster 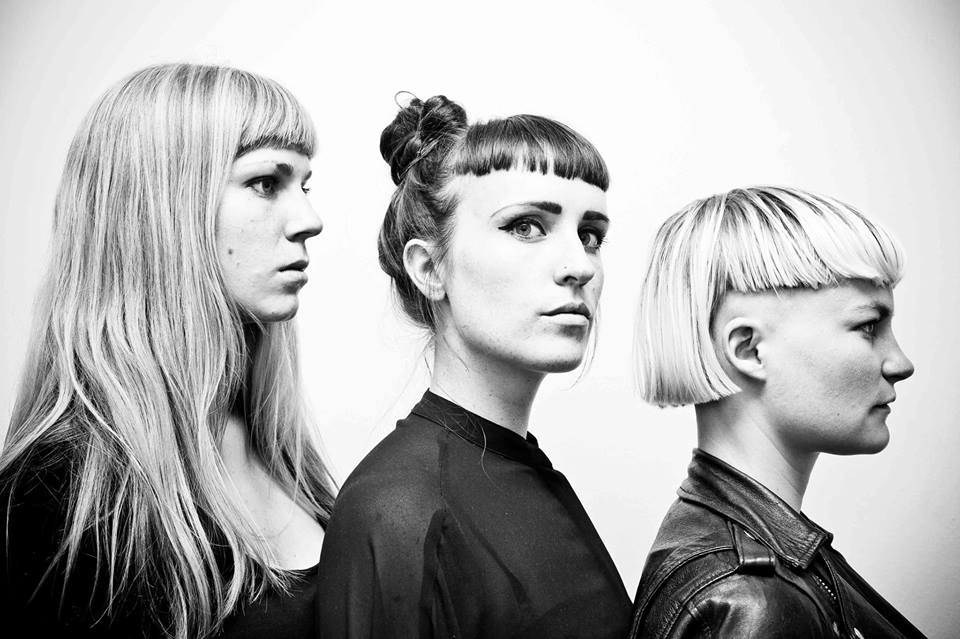 This pinata is filled with tasty, original musical treats. The ensemble hails from many parts, but has come together in the city of Copenhagen to set up shop. Luckily for us the combined talents provide a fresh insight into the modern world of lo-fi, minimalized, well- produced pop, with power accentutations. Consisting of Selina Gin on Vocals, Signe Signe Signe on Bass and Back up Vocals, and first percussion duties done by Tammy Panik now taken over by Maria Juntunen on Drums, this juggernaut of sleek, young women shows no signs of abating.

Formed in 2011 after previous musical projects such as Niels På Dåse, the formula here is a simple but comes with an extremely fresh equation: Simple bouncing rythyms, following eccentric grooves with sometimes sultry, and other times almost hungrily wailing vocals. Songs like “Apple Pie,” which, have graced televisions all over Europe for the fashionable Cubus Boutiques, awarded them an inter-continental omnipresence for their advancing tsunami. It’s quirky lyrics resonate inside your head for hours after you’ve listened to it. Really I don’t know whether it’s the lyrics or the combination of the whistling that makes it so damn sublime. Even the innuendo of it all is fantastic. “Do You Really Wanna Get Rid Of Me” employs a dual trade off that includes a harmonica with an almost reggae breakdown during the fiery chorus using the song’s namesake. Finishing off with an almost desperate diatribe bled dry quickly into an abrupt ending. It will make you dance, it will make you scream along. The sensibilities lie within the hooks and the build ups and choruses. Polished to a near perfection that would make any sophomoric band proud.

They have played numerous shows around the Netherlands and Denmark, even doing a pre-Roskilde festival road trip in which I was fortunate to catch them at Blå in Oslo. A fantastic set with a soulful showmanship that is almost unseen and unheard in these dark hours of pop. Their usage of extra percussions and vocal acrobatics will certainly find a niche in your mind. They are hard working women and it really manifests in their original style they have created. Going on further for me would be ill-advised as to the remaining mystery of the band, so YOU must see them for yourself! I would almost go as far as to dare you to see them but, when you listen to them you WILL want to see them when they invade your city.

You can find them on Facebook, also on the interweb superhighway, and they have started a label called Like A Can of Beans.