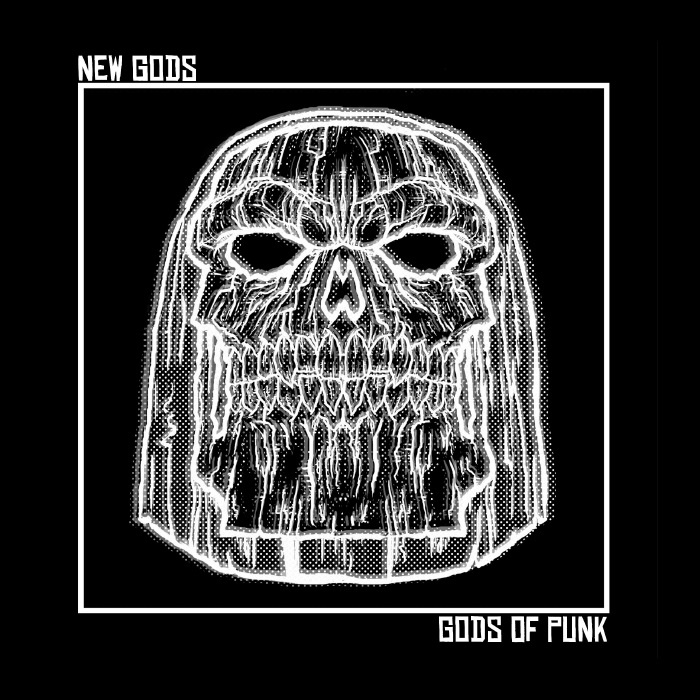 There’s some folks from Drainland and Crowd Control in this band. Just so you know… You can forget that useless information straight away as this band has nothing to with those bands soundwise.

So, let’s make a clean start: New Gods is a new band from Dublin, Ireland. This EP is their first release. You can hear these folks know what they’re doing. Everything just falls into place on this record. From the aggressive riffs, the messy solo’s, the harsh vocals, it all fits. The band seems heavily inspired by Poison Idea (the title of the EP being a reference to Kings of punk?) and Dead boys. There’s some minor rock influences mixed in there as well. This blend reminds me of Turbonegro (Ass cobra-era) at times.

These nine minutes convinced me something good could be on it’s way from Ireland. These four songs are a nice introduction, but as far as I’m concerned this band should be writing and recording new stuff asap. While we’re waiting for more at least we have these four songs to destroy rooms to. One request for the band: get some better artwork next time, this is truly horrible…