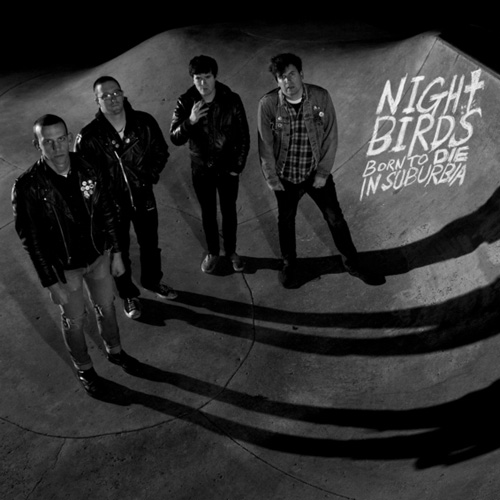 New Jersey’s Night Birds deliver again. After their stellar LP The Other Side Of Darkness which was perhaps the best hardcorepunk record of 2011 they’re back with more surf, more B-movie influences and more catchy tunes.

Remember when The Nerve Agents took the scene by storm by mixing up an oldschool sound with horror movie imagery? Night Birds do somewhat the same thing but they add an extra flavour to the mix: surfmusic. And it works so well. Another band that comes to mind is Dead Kennedys.

Every song on Born To Die In Suburbia is energetic, vital. It makes one want to cut up his shirt, put on a bandana and start trashing.

Though each song could be the soundtrack of a Tarantino movie, my personal highlight is the song ‘Nazi Gold’ which has a slower pace than most of the songs on this record, and got me hooked.

I got only four words for this record: RECORD OF THE YEAR.