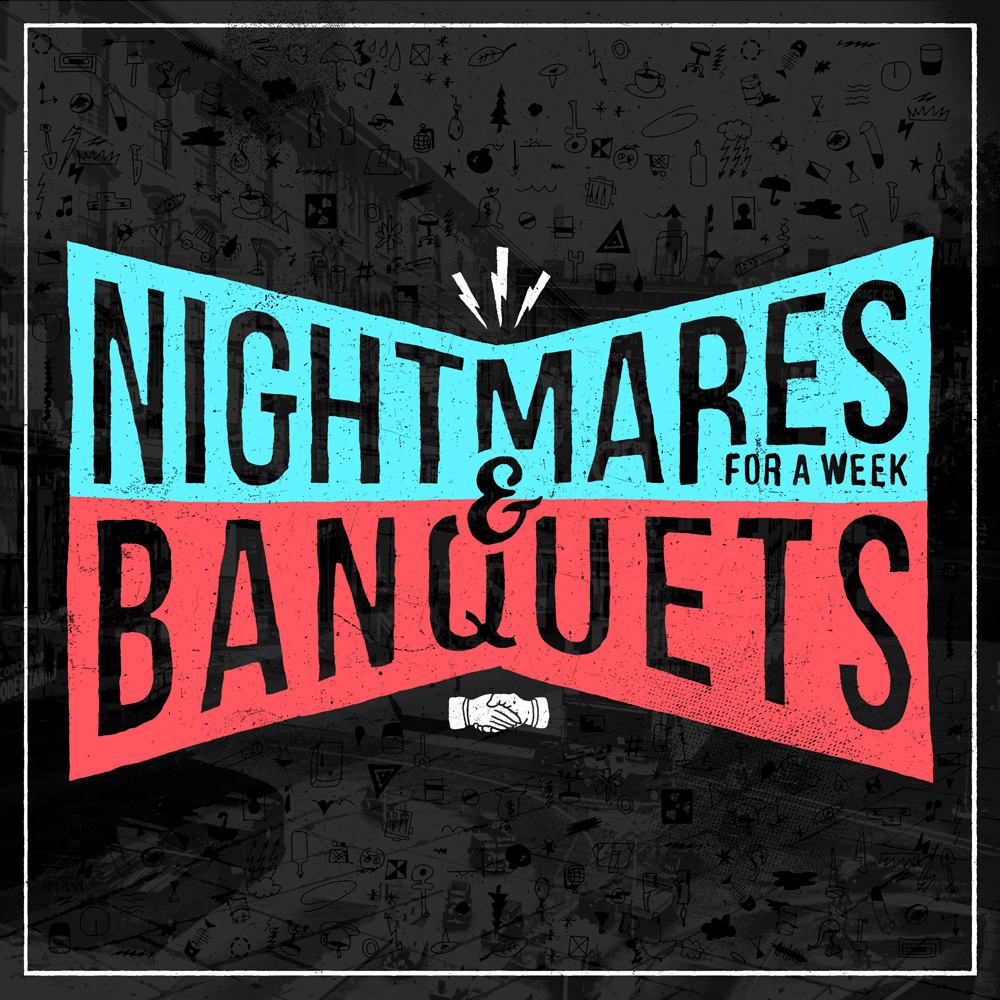 Nightmares For A Week are not exactly new to the game. With two full lengths and several EP’s and splits under their belt they have been around a while. They blend Sink or swim era The Gaslight Anthem with alt-country and and folk. Their focus shifts per song which I’m not really a fan of. So after the punky opener Canadian tuxedo we get a much more alt-country influenced song, The dead will stay, after which we switch back to their punk side on Beach blonde. After that Up to the mountain heights is a punk rock ballad of the kind The Gaslight Anthem seems to have patented. Although it’s in the same vein it unfortunately doesn’t reach the same heights. Boiceville Inn closes their side in folk/country style. Strongest songs are Canadian tuxedo and Bleached blonde. This side of the record would have been so much stronger had they focused more on one style and not made it a trip through different musical styles.

Banquets made some name for themselves with their EP’s but it wasn’t until their self-titled second album that they fulfilled the promise of the EP’s. That album was full of hooks and super catchy. Can they maintain that high level of songwriting? Yes! On Banquets they moved away a bit from The Gaslight Anthem territory into melodic punk ground to claim some ground for their own. This split moves a bit further into that terrain, but only a little bit. Their sound very much resembles what they delivered on Banquets, which is just great as that album left me wanting more. It’s not that strange these songs resemble their self-titled though, as they were recorded in the same session. Banquets must have had tons of inspiration around that time… A big selling point for Banquets is Travis Omillian’s voice. From the first second he draws you into his world and only let’s you go after the split is finished. These are not left-overs, this is quality stuff!

Banquets win this split for me, but Nightmares For A Week’s two best tracks will keep me coming back to their side as well. Perhaps listening that will win me over for the other tracks on side A as well. However, this split is essential for everyone into melodic punk.

Bands: Nightmares for a week, Banquets