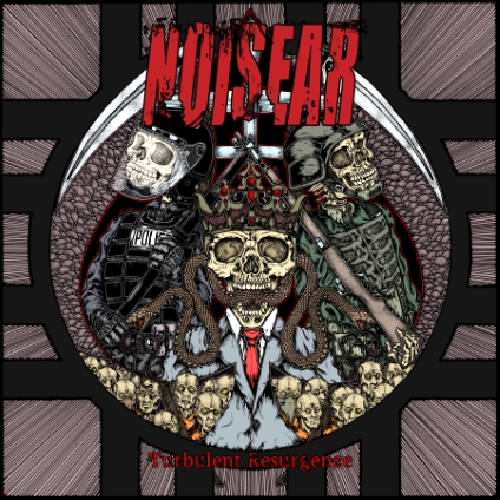 Wow, Noisear’s latest noise eruption ‘Subvert The Dominant Paradigm’ isn’t that old and this year they’ve already put out a new split EP and now this new album ‘Turbulent Resurgence’ is already out. The new record doesn’t suffer from the quantity output. This is top notch grindcore; fierce with fast blast beats played with the right drum skills. The ultra-fast riffs are combined with start ‘n stop breaks. Noise is woven before, in between and after the roughly one minute rapid grindcore rants.

‘Turbulent Resurgence’ is again a step forward with a production that is clean enough to hear all the freakery on the guitar without losing the explosions and aggression of the grindcore genre. Discordance Axis, Gridlink and Insect Warfare have a new neighbor that can keep up with their high standards.

The noise parts on this album are brought by Winters in Osaka and it’s funny they are the rest points in this whirlwind of grindcore extravaganza. What else can I say about this forward thinking grindcore album? I don’t want to this review to be longer than this album lasts. I will hit the play button once again and wish they are playing Europe next year so I can see the virtuosity of these musicians with my own eyes.

Noisear definitely owns the shit on this new record.