Nothing – Double Dose Of Negativity 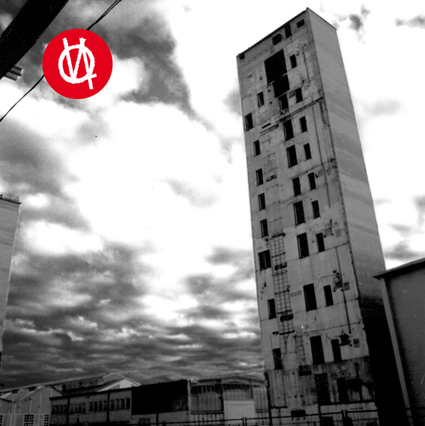 I was a bit hesitant to put this 12″ on. The band name and album title made me think of a third rate Tragedy or something. But Germany’s Nothing play straight up and fast melodic hardcore, pretty similar in style to bands like Kill Your Idols and more recently Brat Pack.

Though Nothing is a fairly new band, the band members have paid their dues in acts like Highscore, Monster and Bombenalarm before. But I have to say I find Nothing more convincing than Highscore ever was (I haven’t heard anything by Monster or Bombenalarm so that’s my point of reference). The band blends straight up hardcore with parts Japanese stuff, some Poison Idea and a bit of surf to create something familiar yet very refreshing.

This is the kind of record you hope will influence a new generation of hardcore kids to start doing bands and putting up shows. With Nothing as an influence they sure as hell made a very good start.

Other reviewers on the web call this the best lp of 2011. And if I have heard this one last year I would be more than inclined to put it on my list of strong records as well. Double Dose Of Negativity is just the kind of album I need once in a while to refresh my love for plain no frills hardcore.