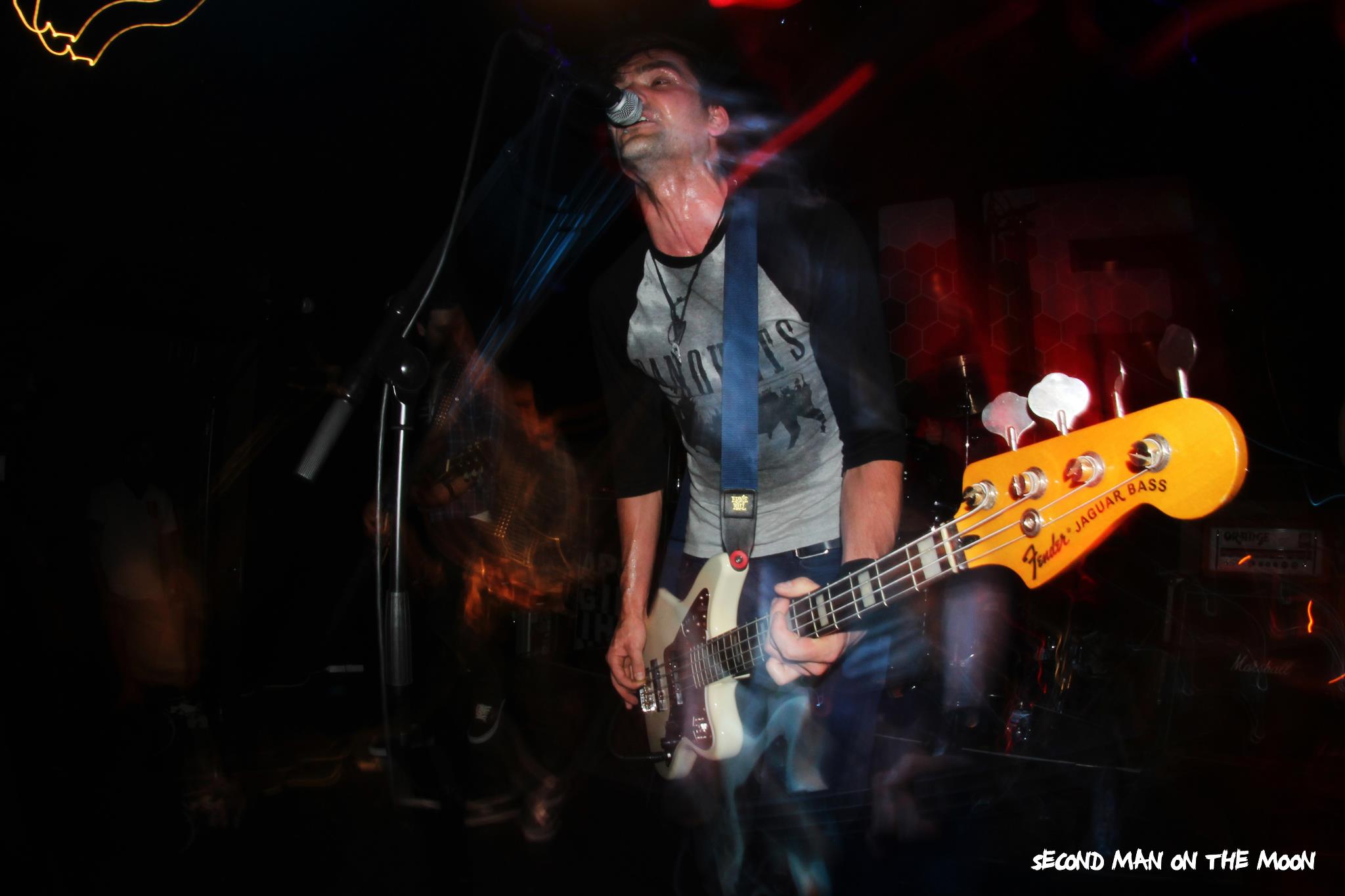 Nothington, Apologies I Have None and Harsh Realms played a show at the Kroepoekfabriek in Vlaardingen on the 1st of May. Rold and Rik both went to this show. Let’s see if they can agree or not.

Rold It was a last minute decision to go and see Nothington in Vlaardingen. I missed out on their performance at Groezrock but heard it was good. I admit up until this show I never heard anything by the band but they’ve been on my to check out list for quite a while. That Apologies, I Have None were playing as well was the decision maker as I think it’s one of the best UK bands around at the moment. So Vlaardingen, I can’t recall having been there before. And for sure not in a venue called the Kroepoekfabriek. For those who aren’t Dutch Kroepoek is some sort of fried shrimp that Dutch people eat with their rice. So a show in a factory that used to make Kroepoek? On the way there speculation on the state of the squat we were going to visit started. You can imagine our faces when we arrived at the docks of Vlaardingen and entered a great looking venue. Let’s hope they do more punkshows there because it sure is a nice place.

Rik Just like Rold, I decided last minute to go this show. I’m glad that I did, since it proved to be a pretty awesome way to spend a Wednesday night. De Kroepoekfabriek is a great venue that’s perfect for punk and hardcore shows of this scale. Turnout was better than I expected, although most of the attendees were probably suffering from some serious post Groezrock/Kingsday fatigue. 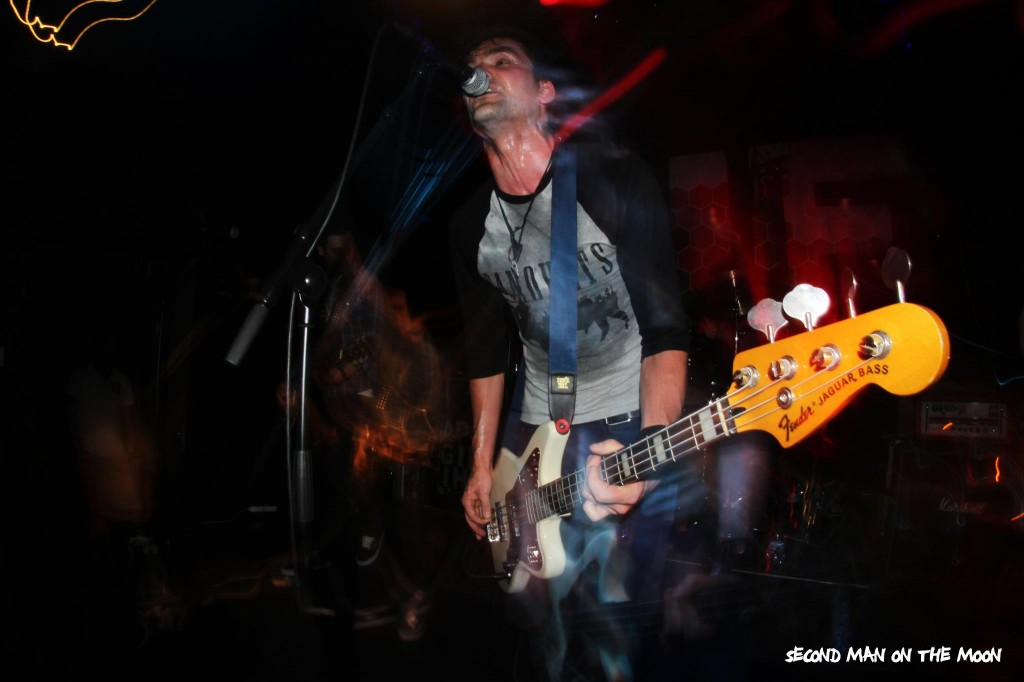 Rold Dutch orgpunks Harsh Realms opened the night blasting their way to probably all the songs they know how to play and a cover of Bouncing Souls. I really enjoyed their set. Most times I like bands like this on record they really suck live, but Harsh Realms know how to bring their music on stage. Definitely a band to watch in the future.

Rik Despite them being from my home town Roosendaal, this was the first time I was able to check out Harsh Realms live. I must say that I was impressed. A vast improvement from when most of these guys were still in Overgrown, both in music and stage presence. Maybe their songs could be a bit more catchy, but I’m eager to see what will become of this band. Hopefully they’ll find a replacement guitar player soon, since Deny (also known from poppunk outfit Dowzer) is calling it quits. 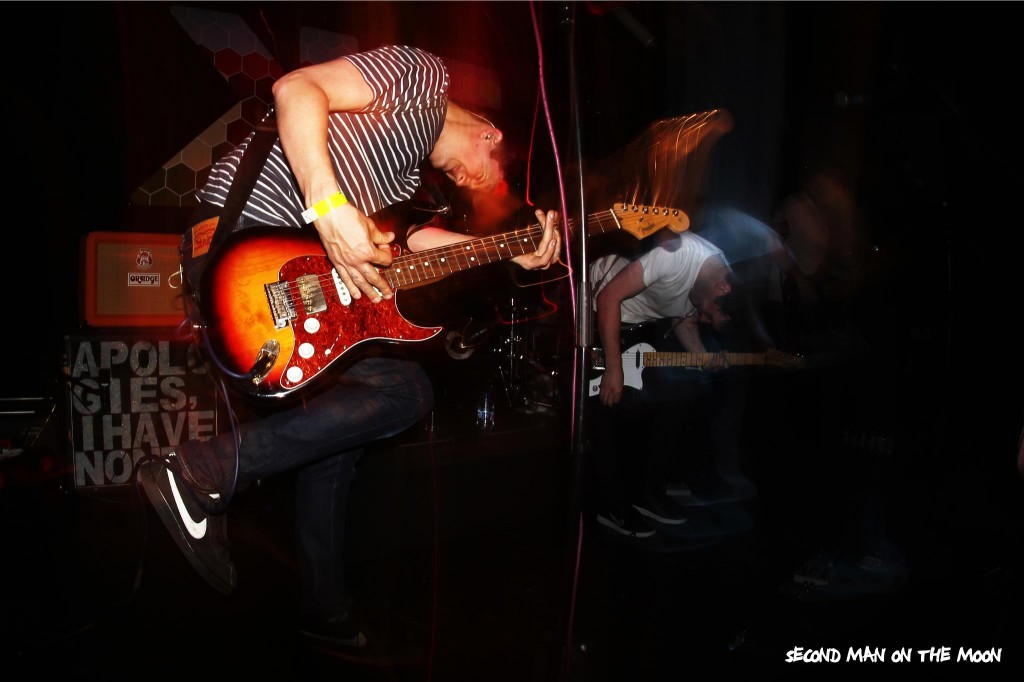 Rold What can I say about Apologies, I Have None? Well this show was less perfect than the one with Make Do And Mend a while back, but that does add some punk charm to the band. All songs from London are great and I can’t wait to see where they head from here.

Rik I first saw Apologies, I Have None when they opened for Crazy Arm in Aloys, Eindhoven a few months ago. I enjoyed their set back than and afterwards fell head over heals in love with their album London. Since I missed their recent gig with Make Do And Mend, I was siked to see them perform again. As Rold already noted, this was a far from perfect set. Especially Josh seemed to have some vocal troubles, missing key lines in some songs. The guitars weren’t perfectly tuned and the completely dead atmosphere in the room (except for one kid going nuts up front and no, that kid wasn’t me 😉 ) didn’t help much either. Still, I loved every minute. 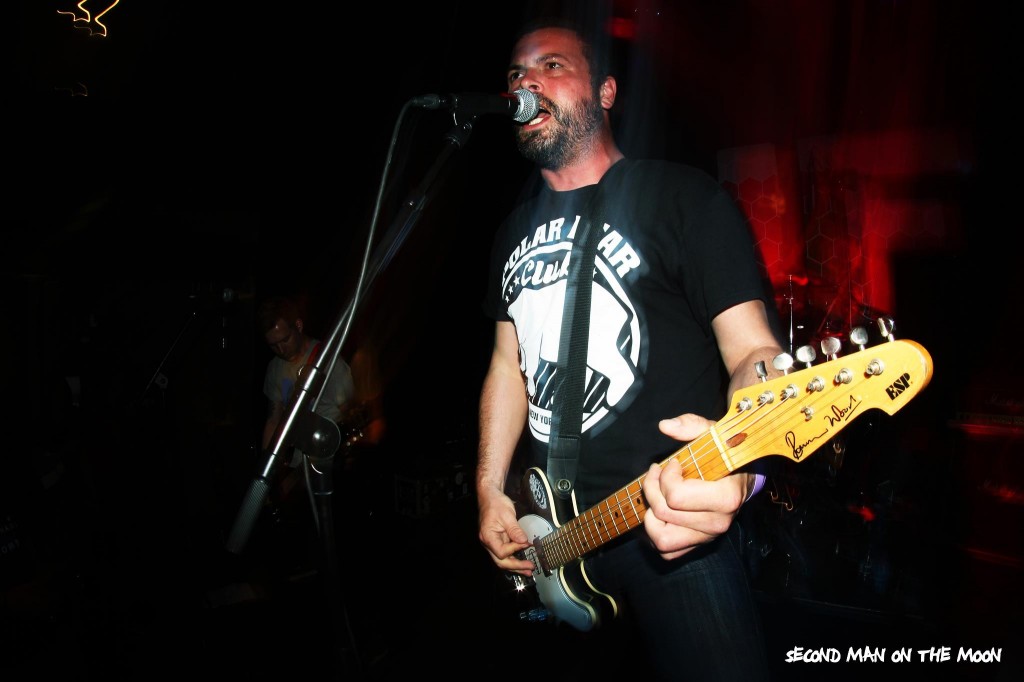 Rold Nothington from San Francisco is often compared with Hot Water Music and Off With Their Heads and I’d say the bandmembers brings a combination of those two but add some vigor of their own. Man did they blow me away. These punks played harder than Hatebreed. Lots of songs of Borrowed Time as well as some of the older records were played and the band enjoyed themselves despite the lack of a crowd going totally wild. Go and see them on stage if you have the opportunity.

Rik A few years ago, Nothington‘s Roads, Bridges & Ruins was the soundtrack to my daily commute for a while. Several people told me they were a pretty lame, uninspired live band and I didn’t like follow-up record Borrowed Time that much, so until now I skipped their live shows. Well, this was anything but lame and uninspired! Great energy and fun radiating from the stage and fortunately a lot of my favorites from Roads… were played. A Mistake, This Conversation Ends (“Way too fast for my old ass to play” according to band leader Jay Northington) and the epic wohohooho-anthem that is The Ocean were definite highlights. I would have liked to hear some of their more melancholic work like Stop Screaming or Sleep Tight (which both would have made perfect endings to this particular set), but overall I was mighty pleased with everything Nothington brought to the stage.

Photo’s by Dirk Trilob / Second Man On The Moon. Check out the whole set here.

Bands: Nothington, Apologies I Have None, Harsh Realms