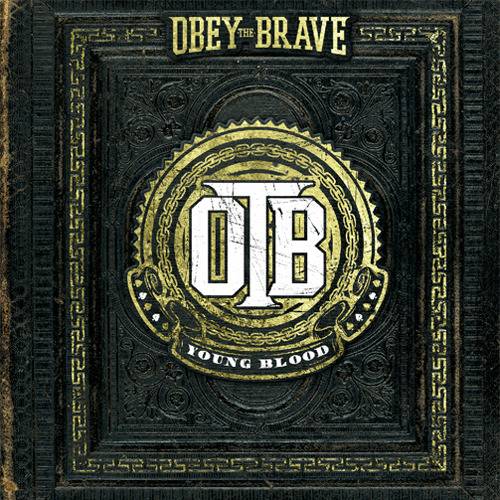 “Not trying to reinvent the wheel, we keep it simple, we keep it real!” bellows out singer Alexandre Erian in opening track Lifestyle. Obey The Brave is indeed a different beast than Erian’s previous band Despised Icon, the group we almost single handedly have to thank/blame for the entire Deathcore movement. Obey The Brave is a lot less complex, mainly sounding like a heavier version of The Ghost Inside, mixed with some elements of Parkway Drive, Hundredth alike melodic guitar lines and a lot of Hatebreed-styled sloganeering. A band probably couldn’t sound further from original in today’s overcrowded metalcore market, but Erian & co. bring an element to the table that most bands sorely lack: urgency.

Straight from the get go, this album is fully in your face and it remains there for the entire runtime. Sure, the songs get somewhat repetitive past the half way mark, but somehow Obey The Brave manages to come up with enough catchy gang vocals, rock hard breakdowns and wavering melodies to make us believe these guys mean business. The energy just never lets up.

Lyricly, it’s quite noticible that English is not Erian’s first language (the guy’s French Canadian). The lyrics are quite simple and sometimes even downright silly (one can discuss whether a serious band can get away with lines like ‘No heroes just fucking foes, thats how it goes.” and “Real recognizes real” anno 2012), but effective none the less. It’s a bold move to sing one of the album’s heaviest and best tracks Garde La Tete Froide in French, but it gives the song even more intensity.

Alexandre’s brutal mid range vocals do get a bit monotone after a while, so it’s a good thing he has employed the help of some guest vocalists. Scott Vogel brings a bit of hardcore credibility to Get Real, while Cancer Bats’  Liam Cormier damn near ruins Self Made, with his voice completely mismatching the music. (I’m sure there are a least two more guests, but my review copy lacks an info-sheet and I couldn’t find the info online anywhere.) Soundwise, I personally would have liked a more organic sound; the drums and guitars have quite a ‘mechanic’ sound to them, reminding me a lot of Bring Me The Horizon’s Suicide Season.

So, what we have here is band is a band that will have the kids up front breaking each other’s faces, while the older dudes in the back shake their heads and mourn the state of hardcore today. However, those with an open mind and a love for earnest music that’s heavy as fuck will hear an album that will not reshape metalcore in any way, but stands out from the unending drizzle of musical muck on shear bravado alone.