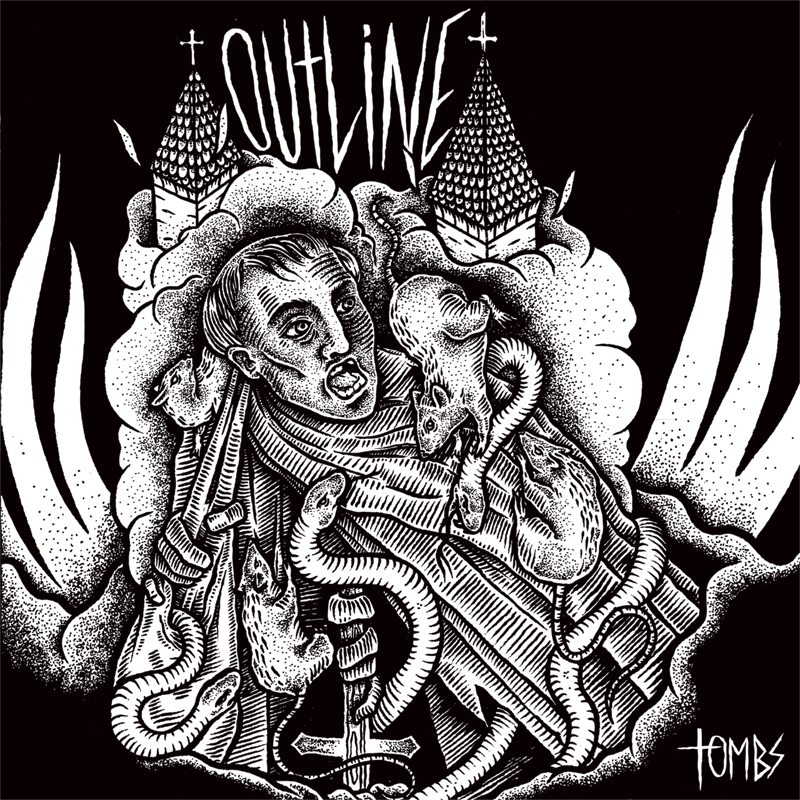 Outline from Belgium surprised me last year with their back to basics demo. For this new one sided 12″ the band notes American Nightmare, Modern Life Is War and Dead Hearts as an influence. I’m in favour of any band that has enough knowledge to cite Dead Hearts as one of the influences. I really think that band is much overlooked when it comes down to great hardcore bands of the past decade.

Back to Outline. In comparison with the demo some small things have changed but the initial idea is still there only in a better version. It’s still melodic hardcore with a singer with a very good, distinct voice. The kind of voice that makes Outline stand out from the big bunch of melodic hardcore bands. Production wise Tombs is also a big step forward. Though I loved the sound of the demo, I must say this more melodic and fine tuned approach appeals to the band as well. It makes you wonder just how good this band could sound with more studio time.

I’ve seen them play live at the recent Crossbone Fest and they were one of the highlights for me. In fact it’s kind of refreshing to have a band full of people with totally no pretensions rip it apart on stage. Usually it’s the other way around.

Outline doesn’t have the same feeling for drama and theatre as Midnight Souls had/has, but musically there’s enough potential in this band to make it as the new melodic hardcore band to love from Belgium.