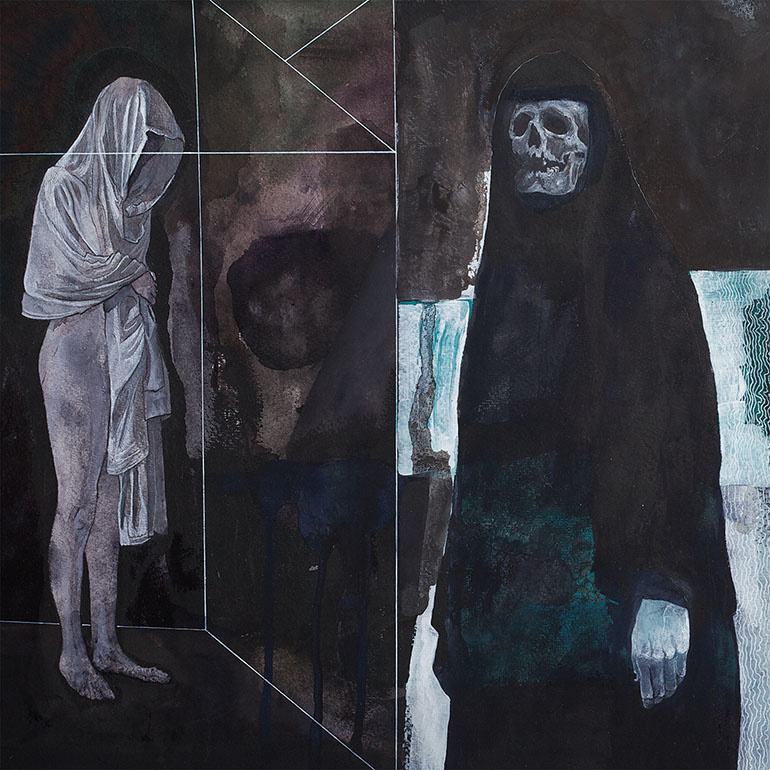 The two met on a show in Cardiff, city of romance, at a Direwolves show. It must have been love at first sight, as things went really quick for the two. They went on a road trip through the UK and Europe and even though they only met in 2013, we can already meet their love-baby. This is not about two persons, but two UK hardcore bands: Pariso and Svalbard. They took cooperating on a split record to a new level. Not only did they write and record a couple of songs, they also wrote and recorded a couple of songs together. That’s right: the opening and closing track of this record are a cooperative effort. And in all honesty: these two tracks are the two best tracks here. Furious, yet catchy.

There are four Pariso and three Svalbard tracks to be enjoyed as well and they are not to be ignored. After the opening track Pariso takes the stage. Pariso plays heavy crushing hardcore with some metal influences. The metal influences are pretty apparent, with occasional blast beats and riffs that are very heavy. The drive and energy is pure hardcore though. After these four tracks Svalbard is ready to take over. And they do well. They roughly play the same genre, but have a much more melodic take on the genre, with soaring guitar lines laid over the a bit faster metallic hardcore. Usually the band that plays faster also writes shorter songs. That’s not the case here.

The songs on which the two bands cooperate work out really well, taking the best from both bands and integrate it in these songs. It’s not like you here two bands playing the songs of one of the bands, this is a unique beast they created. I’m really surprised how well this works out. The songs by both bands are really punishing, well written and superbly executed, but they really shine on the opening and closing track. I can only say: keep up the good work.