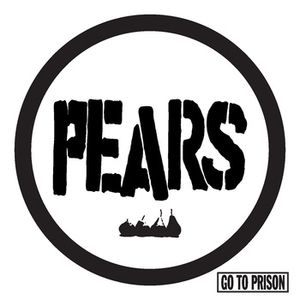 It’s a funny thing that one of my hero’s, Fat Mike, seems to be in a downward spiral with his own band but still has an amazing eye/nose for great punkrock bands. Fat Wreck consistently signs the biggest talents in punk rock and which follows up in releasing important records within this scene. Think of Teenage Bottlerocket, Masked Intruder (I know I know I’m very alone on this one) and earlier Propagandhi, Dillinger Four and offcourse Descendents.

Same thing could go for these guys from New Orleans. When “Go to Prison” opens it reminds of earlier Propagandhi, and that is a delight! There are so many bands who are inspired by Propagandhi but they merely focus on the political / vegan and metal punk aspects resulting in enough Propa clones. Not saying that Propagandhi went backwards, absolutely not, but these guys take a shot at the older style. Especially ‘Victim to be’ could come straight of ‘How to Clean..’ or ‘Less Talk More Rock’.

The remembrance of Propagandhi endures in the next 4 or so songs. Mainly because of the voice and style of the singer. But also Descendents come up in these songs, also lyrically. But if I pure focus on sound I think the most resemblance is with Poison Idea. This Poison Idea style takes over on the second part of the record. Way louder and more hardcore. Where the first part already is quite aggressive the second nearly reaches a crusty vibe at points, if I may overblow it a wee bit.

Pears is way too hardcore to name Ramones as an influence. But it’s hard to deny that they are in a way very similar. Pears use nothing but powerchords and try to just play them as fast as they can. This sounds as an simplistic explanation of punk rock. But the important thing is the Ramones were brilliant in songwriting. Through the fast and loud powerchords there were sustainable and melodic songs. Time will tell how sustainable these songs are, but they sure are good now and definitely if you keep in mind that ‘Go to Prison’ was written in 14 hours.

This band has potential written all over them, go check it out. Also if you’re a hardcore fan, with the teeniest soft spot for punk, you will too love this album. Check out ‘Forever Sad’ for a classic punk rock song with hardcore flooding out (almost crusty).