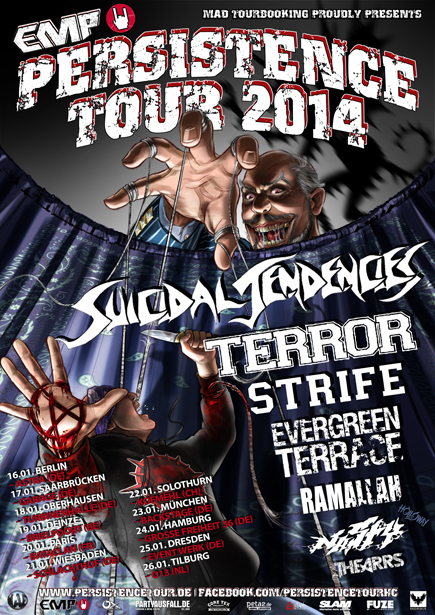 This year’s Persistence Tour ended on the 26th of January at 013, Tilburg. The line-up wasn’t the most exciting one of recent years and the show was far from sold out (the balcony wasn’t even open and still getting a beer was a pretty easy task), but overall it proved to be a perfectly fine way to spend a Sunday, watching some cool bands with friends.

Paris metallic hardcore outfit The Arrs (yes, that name is pronounced exactly the way you think it is…silly French people) opened procedings for an almost empty room, but luckily for them, it filled up rather nicely. Despite this being the last day of tour, the band needed a lot of time to loosen up on stage and while their tight and heavy but very standard music was okay, their performance did not leave much of an impression. 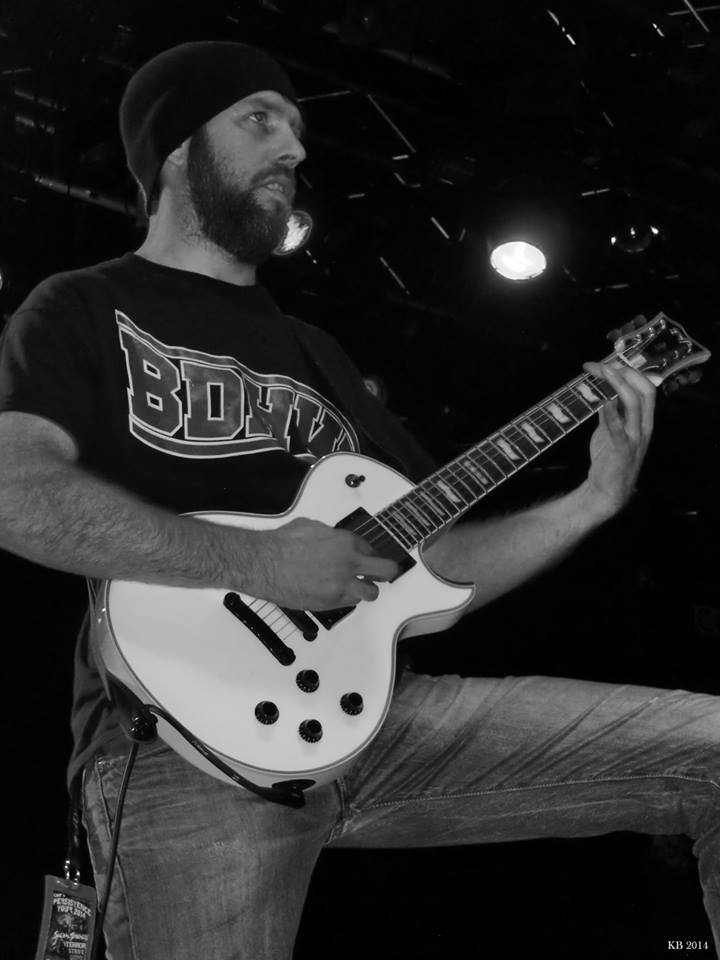 Even though I’m known to enjoy a hard breakdown every once in a while, saying that Nasty isn’t one of my favorite bands is a vast understatement. Not only is their beatdown hardcore as basic as it gets, but their stage presence is just left of comatose. This band is just plain boring, eventhough this particular show was somewhat better than I’m used to of them. 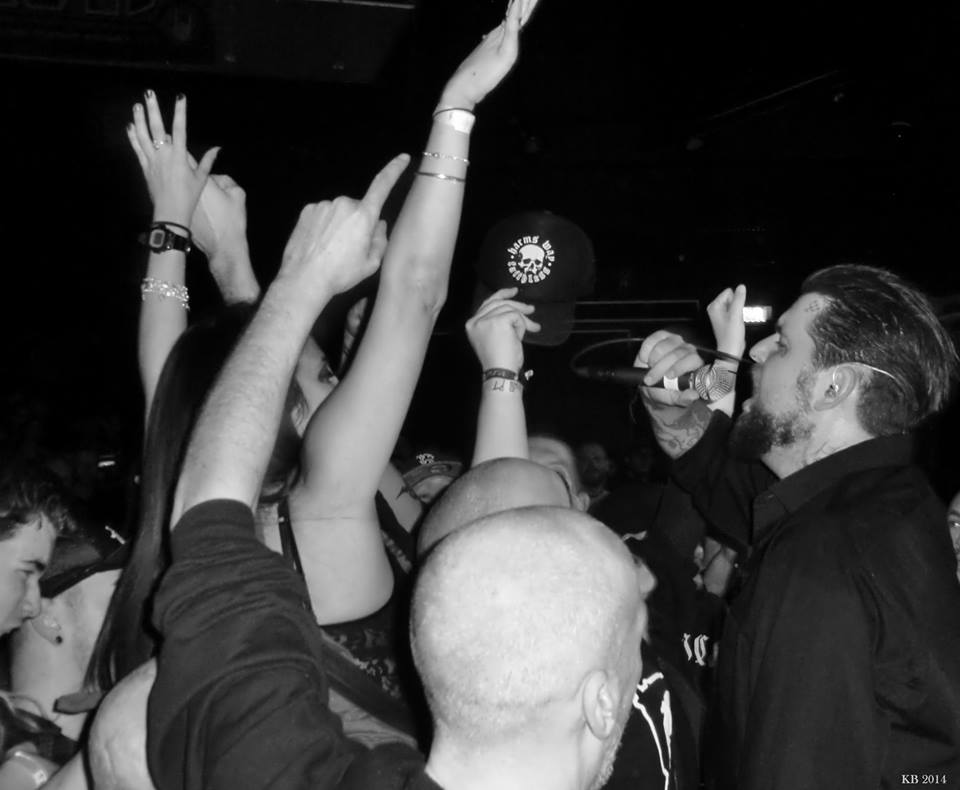 Next up was Ramallah, the band I was looking forward to most. Now I would really, REALLY like to tell you their show was awesome, but I have to be honest…it wasn’t. White Thrash Rob’s voice as well as the music lacked power, the sound sucked and the band was plagued by technical difficulties, like failing amps and broken mics. This show lacked the pitch black venomous passion we need and expect from a band like Ramallah and that is a shame. Still, it was good to see Rob alive and (somewhat) well on stage and now that that Blood For Blood reunion is officially out of the window, we can only hope Ramallah will bring their A-game on their next run through Europe and their upcoming EP. 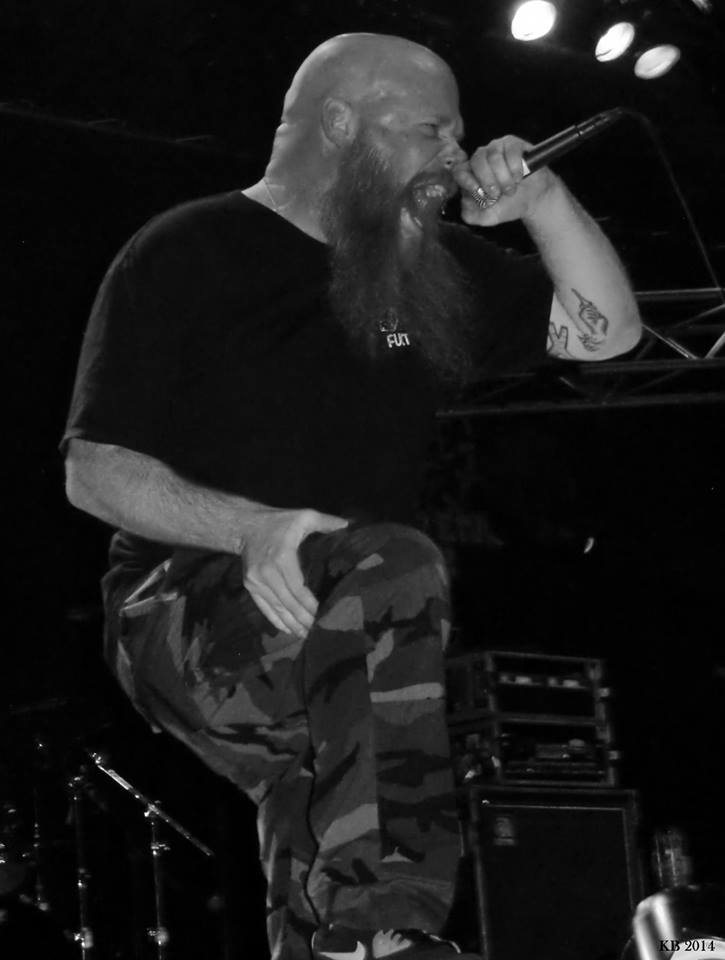 I never really was into Evergreen Terrace, so I decided to skip them to get some food. Unfortunately this took a little longer than expected and by the time I re-entered 013, Strife was already halfway through their set. A pity, since what I did see was the best set of the day. Tight as hell, great heavy sound and Rick Rodney walking around like a maniac, barking his thunderous vocals into the mic. I actually had goosebumps on my arms when they started playing Through and Through. 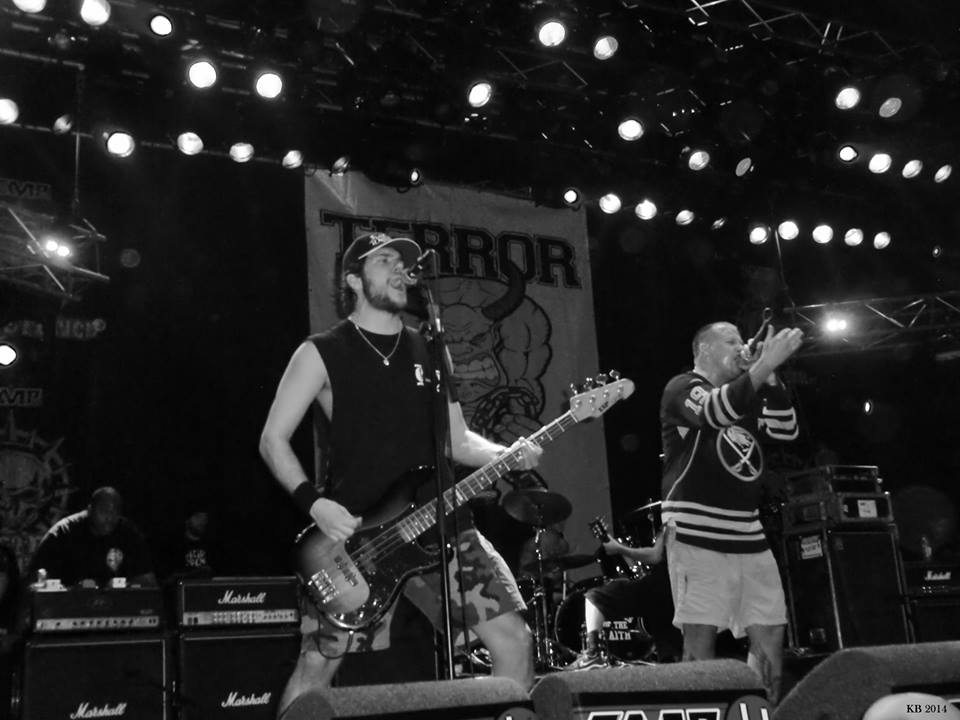 We all know what to expect from a Terror show by now and there is not much new to say about this one. A greatest hits set with a minimum of Live By The Code-material, Vogel stomping around, leaving most of the vocals to the crowd and his guitar players and the kids up front going mildly crazy. All in all, just as enjoyable as the last 5 Terror shows I saw. Nothing special, but this band always delivers. 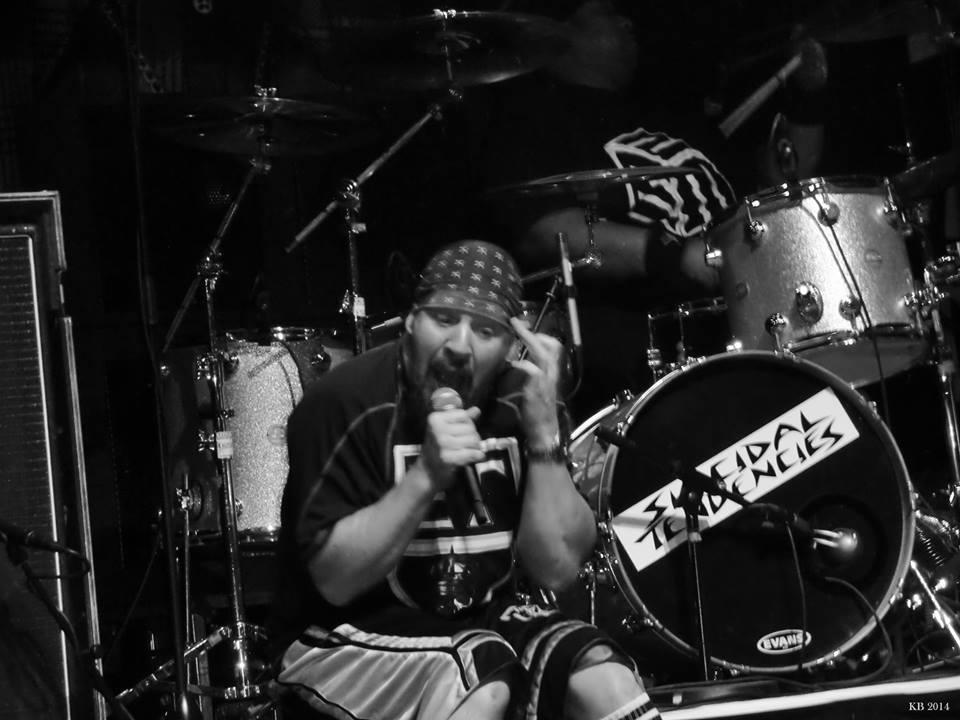 When it was time for Suicidal Tendencies to hit the stage, the crowd had thinned out significantly and there wasn’t much response when guitar player Nico asked the room to chant S.T.! with him, so I wondered whether Terror wouldn’t have been a more logical headliner. I needn’t have worried. The reverend Mike Muir had prepared an excellent Sunday sermon for the Church of Suicidal and his congregation eagerly ate it all up. Talk about a greatest hits set: Can’t Bring Me Down, Institutionalised, Possessed To Skate, I Saw Your Mommy, War Inside My Head, Subliminaly…and those where only the first six songs! The entire band displayed some great energy and old man Mike didn’t even mind slipping on stage and falling down hard. Bassplayer Tim went into the crowd, a small circlepit forming around him, and was eventually carried all the way around the sound board to the bar at the top and back down again. The show ended with a big mosh pit ON stage, thus concluding a perfectly fine party.