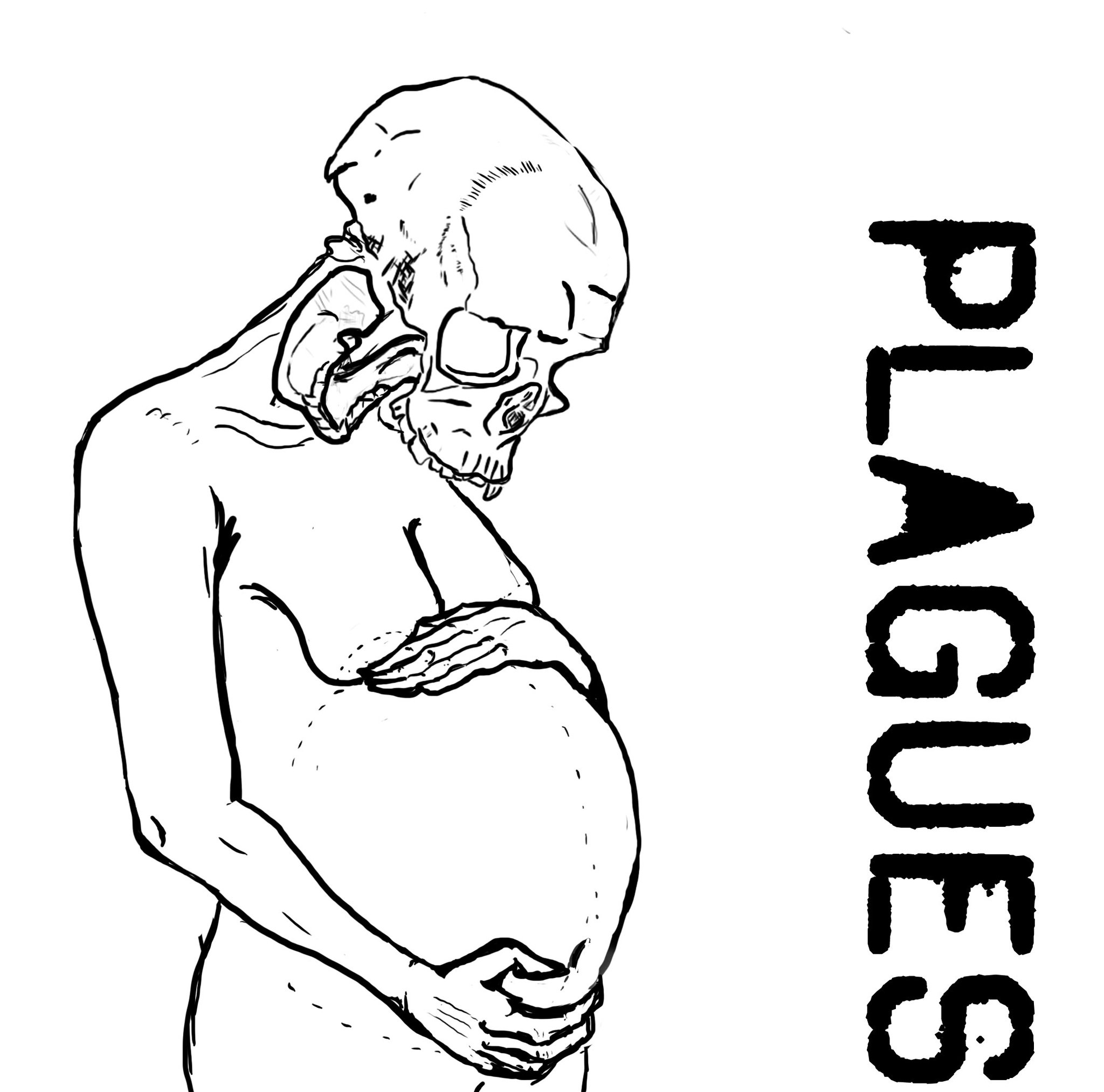 If you told me ten years ago that powerviolence would become the next big thing in alternative music I would probably laugh very hard and then show you the amount of shitty powerviolence Jeroen Coalition made me buy.

Who would have thought bands like Trash Talk and Ceremony would be picked up outside of the hardcore scene. Plagues from Southern California is a great band to check out if you like you’re music really fast and loud but could care less about Trash Talk’s mosh parts or Ceremony’s artistic side.

For any powerviolence act to succeed you have to have a vocalist whose voice is aggressive and ‘sick’ and you have to know how to create lots of really short and fast songs without getting boring. I must say that on this EP Plagues show they are capable of both things. Where lots of powerviolence bands incorporate weird breakdowns Plagues stick to the more well known hardcore formula.

And maybe it’s me but doesn’t No Ghosts sound a bit like Negative Approach’s Ready To Fight? That aside I have no complaints about Plagues and neither should anyone who likes Ceremony, Trash Talk as well as older powerviolence stuff like Charles Bronson (minus the hype) and Dropdead (but less crust and more core).