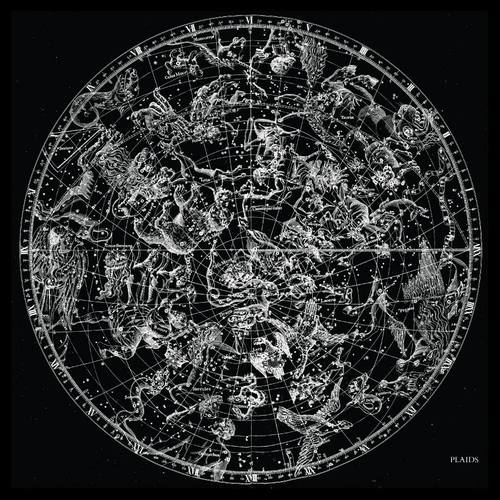 The raw diversity on Plaids new self titled album is riveting. The DIY ethic seems to run through their blood and it seems to conquer. The English band form their songs from feelings and despair, they try to make sense of the world through their ultra infectious contributions. Does this punk rock album work? Well It does and it will bounce off every fragile wall in your mind, breaking them down and unearthing a pleasurable core.

If you listen on, you’ll be hooked in and the gratifying sound will bring you to the forefront of anarchy. The record is rough but compelling, justified and taps into the punk order. The fierceness bubbles up like saliva on a dogs mouth, creating an unnerving but remarkable vibe. This slice of punk has extra toppings.

The album only lasts around 26 minutes, but the time doesn’t play a massive factor, the record doesn’t lack quality, there is enough beefy punk rock thrills to enlighten a dull spirit. It’s a master stroke of workmanship and instrumentality. The tracks have no names, they’re just numbered, simple but different.

The album showcases some distinctive riffs. Track Twenty pinpoints them very well. The utter shredding and complete angst boils over. The vocals are raw but well placed, directed at someone that is disliked. The drums are hard and fast, pounded by potent hands. Track Twenty Three is loaded with punk thrills. The guitar is played with ferocity and no holds barred brutality.

Song Twenty Six sounds like a siren that is scaring the hell out of humanity. The enforcing guitar is dragged through blood, sweat and tears, proving that this band know how to fix up pleasing riffs on all tracks. Track Thirty is a strong finish, the shouts and sneers fit well with the energetic punk that has been molded to a brilliant shape.

Plaids is a band that know punk rock. They’ve struck gold with their new record, forcing their points and proving that the genre is not dead.