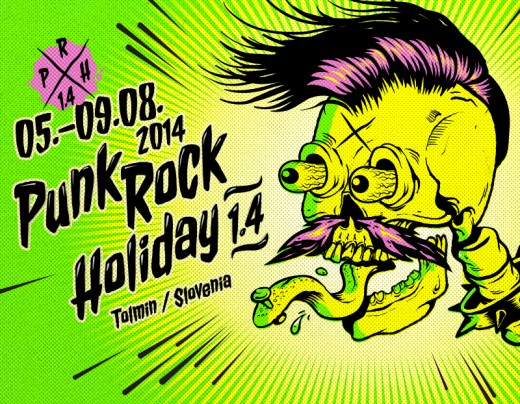 In western Europe we are pretty spoiled with all the cool festivals. But other regions are quickly developing great alternatives for a hardcore, punkrock or metalfestival. Fluff Fest is one, but this year I traveled to Slovenia for the first day of Punkrock Holiday. The festival has their location and campsite next to a beautiful river in the Julian Alps, close to Lake Bled, the major tourist destination. Considering the price (roughly a hundred euros for four days) and headliners such as NOFX, Raised Fist, Sick of it All, Lagwagon and Ignite, it’s easy to see why almost 4,000 fans of alternative music made the trip to Tomin. The first day started in the late afternoon and offered no local bands. That didn’t mean people came in late, the party started without any bands playing in the afternoon, on the riverbank. 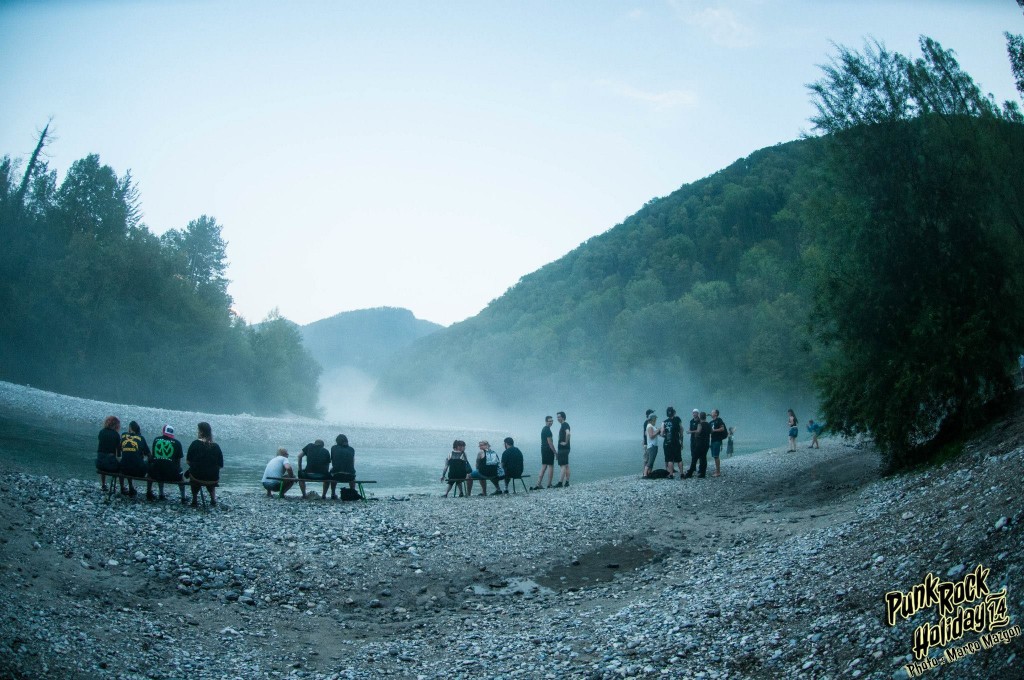 The first band I saw was Nightbirds and boy did Rold not exaggerate when he reviewed their show in Amsterdam. They got the festival riled up and it was immediately clear that everyone came for a party. Sadly, when Bane kicked of their set with ‘Speechless’, that party spirit wavered slightly. Apparently, most people were punkrock lovers today. But the band did not let up and continued with a great set that showcased their best songs like ‘My Therapy’ and ‘Some Came Running’ while incorporating new tracks like ‘What Awaits Us Now’ or ‘ Final Backwards Glance’ into their set. And because of their energetic stage act, the crowd responded eventually. Too bad these guys are quitting.

Up next were Implants and Authority Zero. The first, again a supergroup of sorts, was much better than the second but most of the fans only went wild during the cover of ‘Generator’. Strange, because the level of musicianship was immensely high and the songs that were played came over great. Authority Zero sometimes sounds like a light version of Rise Against, with reggae added to their sound. By now, the small field was filled to the threelines and people were singing along all the songs the band played. It became a bit too much when they kept on asking for more handclaps etcetera but for a festival, this band was a good choice.

Before Lagwagon hit the stage The Toasters did their ska thing. Time for me to check out the food which was not as cheap as in other Slovenian places but the variety was great and there were multiple vegan options. Joey Cape and co. played a fantastic set, after seeing a few ‘on the ropes’ shows the last couple of years I was skeptical but the setlist was filled with classics (‘Making Friends’, ‘Coffee and Cigarettes’, ‘Stokin’ the Neighbors’, ‘Razor Burn’), a solid Tony Sly tribute (‘Exit’), friendly banter by the big bitch and overall a tight band. Together with Bane the highlight of the first day. 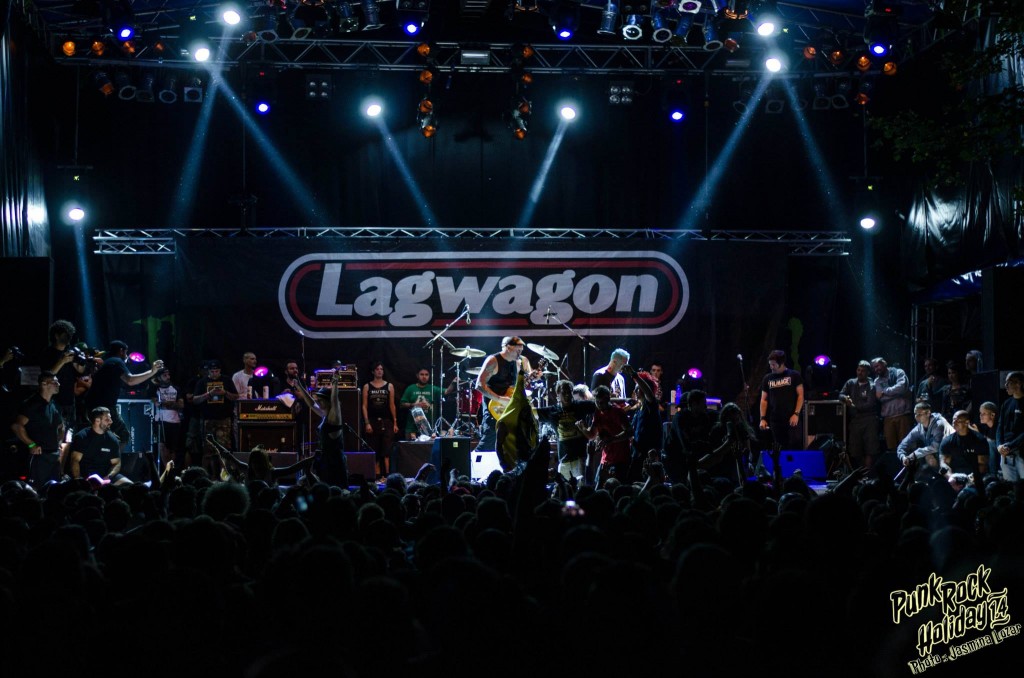 Because when NOFX hit the stage after midnight, the level of alcohol in both the band and most of the audience made the atmosphere a bit less fun then during Lagwagon. NOFX delivered their typical show of some songs with a lot of bullshit in between and the Slovenian fans were eating out of their hands. A nice ending for a good first day of the festival, although I think Lagwagon would have been better as a final act!

See more pictures on the official Facebook of the festival.