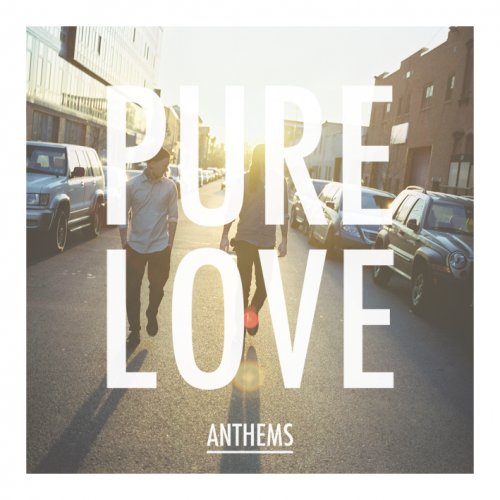 Gallows probably was the band most readers of this site loved to hate a couple of years back. A British hardcore band making big bucks is a very easy target. I of course secretly enjoyed their first ep and major label debut Grey Britain. But Gallows is a past thing for Frank Carter. He’s on to something new and way more poppy with Pure Love. A band that, next to Carter, also consists of Jim Carrol of The Hope Conspiracy and The Suicide File and on stage is backed by Jared Shavelson of Hope Conspiracy/Paint It Black/None More Black on drums.

The second track of Anthems gives a pretty good idea about the eleven songs on the record:

Carter sings on ‘Bury My Bones’. A mindset totally opposite of his Gallows’ days. And that it comes with a total change in sound is quite obvious. Manic Street Preachers is one of the bands that come to mind when listening to Anthems. Since I love The Manics, I have no problem whatsoever with that.

Though the band kind of overstretches themselves on the slower ‘Burning Love’ and the akin to U2 ‘March of the Pilgrims’ Anthems remains a very pleasant surprise.