Rage Against The Machine – XX 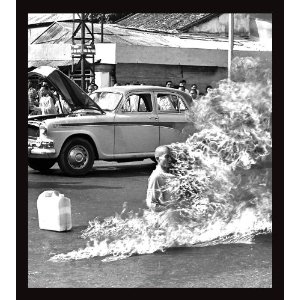 There are a few serious cons to the drastic decline in CD sales in the last few years, if you ask me. A lot of my favorite record stores are gone. Record labels are disappearing. Unsigned artists and small labels that still release physical albums often have a very hard time even making their invested money back. Some albums don’t even get a physical release these days. My CD collection hardly has any financial value anymore. And if you can download more albums for free within an hour than you used to buy in a whole year, those albums are often mindlessly consumed rather than really experienced, loved and cherished.
However, there are also some benefits for people like me, the last remaining CD buyers, as the record industry desperately tries to keep us on board by giving us a lot more value for money than they used to (at least quantity wise). Nowadays you almost feel cheated if you don’t get a bonus disc or DVD or some nice 3D artwork with your new CD. Older albums are packaged together and sold dirt cheap. And classics get reissued with bucket loads of bonus material.

One of the latest additions to the long list of heavily expanded classic albums is Rage Against The Machine’s self-titled debut album from 1992, which celebrates its 20th anniversary this year. Few albums made a bigger impression on me than this one when I was in my mid-teens, and to this day I still listen to it at least a few times every year. Despite admittedly sounding a bit dated now, ‘Rage Against The Machine’ was quite a sensational record when it came out. The combination of hip hop, funk, hard rock, inventive guitar playing, left-wing politics and a shitload of anger was unique for its time, and songs like ‘Killing in the Name’ and ‘Bullet in the Head’ got tens of thousands of feet jumping on festival grounds all over the globe. And unfortunately, the album turned out to be a major source of inspiration for the nu-metal genre, but let’s not blame the quite brilliant blueprint for its often pathetic copies. This anniversary reissue, dubbed ‘XX’, is available in three formats: a “deluxe box set” (two CDs, two DVDs, an LP, a booklet and a poster), a “special edition” (two CDs, one DVD) and a single disc. The one I will be discussing here is the “special edition”.

The first CD obviously contains the original ten song album, plus three bonus tracks. I will not discuss the album itself here, as there isn’t much that I can say about it that anyone who cares doesn’t already know. The bonus tracks are live versions of ‘Bombtrack’, ‘Bullet in the Head’ and ‘Take the Power Back’ which were originally released as single B-sides. Since Rage Against The Machine is such a solid, disciplined live band, these versions are pretty much identical to the album versions, so you could’ve lived without them. At least two of the early B-sides that are not included here would have made much more interesting bonus tracks, namely the hip hop remix of ‘Bullet in the Head’ and the Evening Sessions version of ‘Bombtrack’ (which has the same lyrics as the well-known version, but entirely different music). But the first disc’s bonus tracks aren’t the reason anyway why you should buy this album for a second time, or for the first time at last. The real treat here is the second disc, which is the long-awaited re-release of Rage Against The Machine’s twelve song demo from 1991. That album was originally released on cassette only, limited to 5,000 copies, and until now had never been re-issued on disc.

Seven songs from the demo eventually made it onto the 1992 album. Of those songs, ‘Bombtrack’ and ‘Bullet in the Head’ are so similar to the album versions that it’s hard to even hear the difference (and that says a lot about the excellent, professional sound quality of this self-released demo, which is really much more an alternate, early incarnation of the ‘Rage Against The Machine’ album than just a demo in the traditional sense). Some of the other songs went through quite some changes, mostly lyrically. For those who are already overtly familiar with the self-titled album, it will be interesting to hear the verses and solos on ‘Take the Power Back’, ‘Know Your Enemy’, ‘Township Rebellion’ and ‘Freedom’ that were deleted in the end, or the much longer, differently arranged ‘Killing in the Name’. But most interesting of course are the five songs that did not make the album. Especially because they’re not necessarily weaker than the songs that did make the album, and certainly would have made it a musically more diverse record. Two of those songs, ‘Darkness of Greed’ and ‘Clear the Lane’, appeared as B-sides of the ‘Killing in the Name’ single in 1992, the other three have not officially been available ever since the original demo tape sold out two decades ago.

‘Darkness of Greed’, which recycles lyrics from an Inside Out outtake, has been one of my favorite Rage Against The Machine songs for ages. Rage never sounded as mellow and jazzy as they do on the slower parts, and they never sounded as groovy and funky as they do on the faster parts of this song. The funky ‘Clear the Lane’ is excellent too, and it sounds closer to pure hip hop than anything else that the band ever recorded. ‘Mindset’s a Threat’ is a very atypical song for a band best know for its fury and lack of a sense of humor, as it combines relatively slow, big stadium rock riffs with almost comical raps with a mock Jamaican accent. ‘Auto Logic’ is a bit less significant but still really cool and energetic. Just like ‘Darkness of Greed’ it has (even) more funk and jazz influences than the band’s later work. The relatively dull ‘The Narrows’ is the only song that really didn’t deserve to make the album.

Listening to the demo makes me wonder what would have happened if it would have been the band’s official first album, instead of the one that was recorded eight months later. It’s safe to say that ‘Killing in the Name’ in its long, early form would never have been a hit single. Maybe we never would’ve gotten to hear ‘Settle for Nothing’, ‘Wake Up’ and ‘Fistful of Steel’, the three songs on the album that were not on the demo. And granted, the album as a whole would have been a bit less solid. But then again, the demo is more diverse, more spontaneous, even funkier and generally just more fun, making it a nice alternative for the so familiar million-seller. So if you liked that one but you’re sick of it by now, this demo could be a breath of fresh air.

And then there’s the DVD. The “special edition” DVD is disappointing as it is little more than just a little teaser for the two DVDs that you’ll find in the “deluxe box set”. Those two discs include 33 live tracks (from the band’s first ever public performance, a 2010 reunion show and assorted gigs throughout the years) plus 12 music videos, only three of these live tracks and three videos were selected for the “special edition” DVD.

Band: Rage Against The Machine