Rancid – Honor is all we know 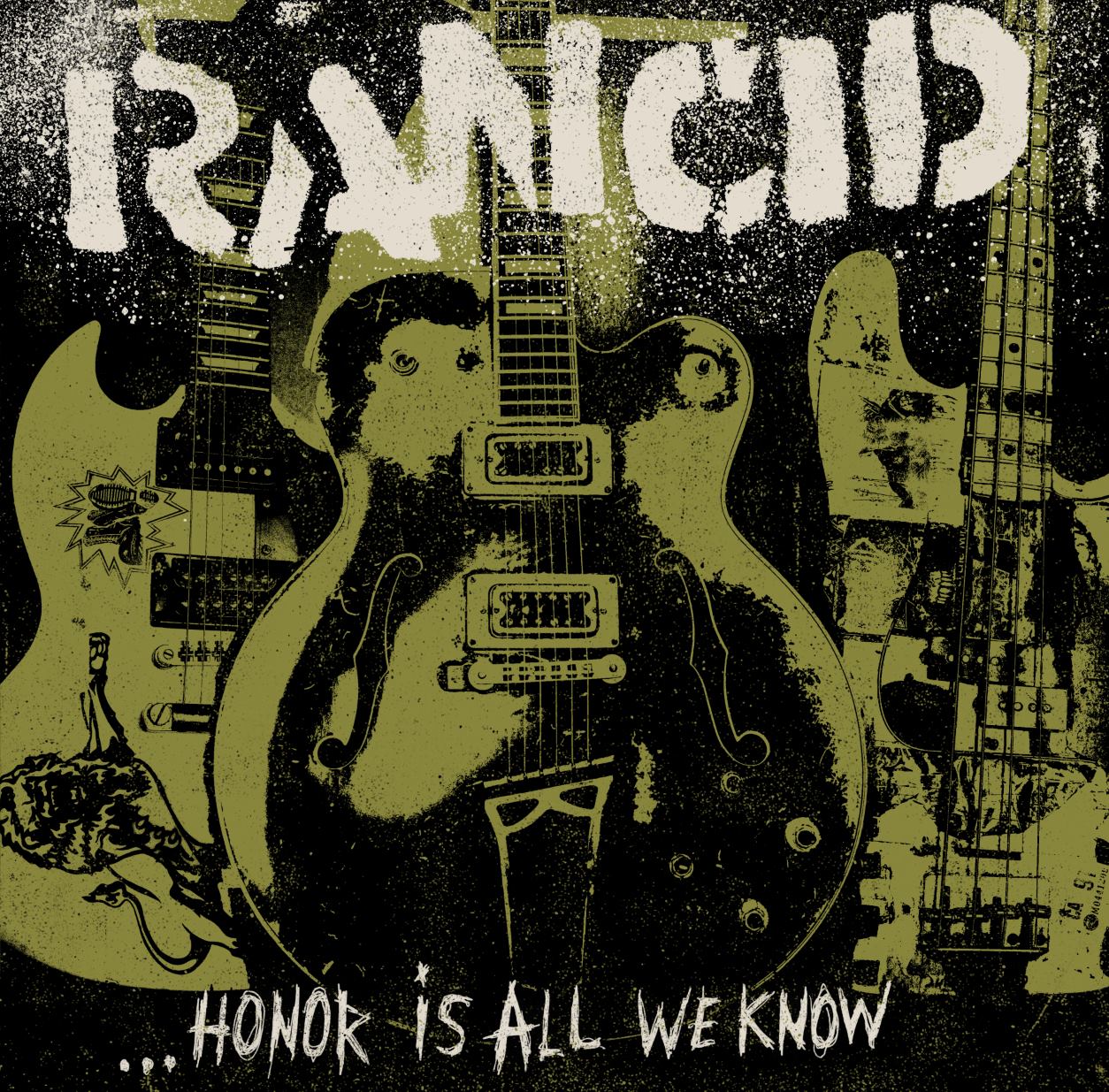 Rancid blew it for me, and I bet for a lot of you out there. ‘Indestructible’ was  acceptable but I don’t  want to speak about the record which broke many punk rock hearts, which was kinda odd because Tim Armstrong did a more than amazing job on his solo album, Lars Frederiksen always ripped on his Bastards projects and even Matt Freeman went solo and did a great job. Maybe that was the main problem, cause now there’s no side projects and finally Rancid is back in the shape which we all love so much!

They open with ‘Back where I belong’. I can’t really recall if it’s referring to this same matter I’ve been yapping about. But they sure are… This song could actually be a ‘Let’s go’ track. Speed, Choruses, dynamics between Tim & Lars and even the break where Tim lowers his voice, this is so characteristic for the earlier Rancid.

On my first spin I immediately started feeling anxious after ‘Raise your fist’…. This song is one big cliché and sounds horribly in-sincere.. “Raise your fist against the power! Oi! Oi! Oi!” is for an 45 year old, more than wealthy man kind of awkward. But after this they immediately set things right with ‘Collision Course’. Brilliant play between vocals and guitar, also the switching from Tim to Lars within the song is great. One of the things which made me fall in love with Rancid.

‘Evils my Friend’ is the first ska song on the album and they nail it. A bit up-tempo but it nears that backstreets rock-steady sound, and again lovable guitar! But also again… lyrically not that strong. ‘Honor is all we know’ and ‘A power inside’ are sort of fillers to me with ‘A power inside’ lyrically on the albums lowest.. But then ‘In the streets’’ opening hunches of the majestic Matt Freeman skills, sadly for just one second. More than decent song but again lyrically…. This goes up for the following four songs with ‘Diabolical’ as an absolute lyrical rock bottom….

But ‘Already Dead’ and ‘Now we’re through with you’ as a personal musical highlight of the album. Drums just ramming on and Tim nearly catching up with his own lyrics.

The album ends with the second and last ska song (Great song, and I have to admit it got me skanking in my own house.) & ‘Grave Digger’, an uptempo Rancid song which reminds of the ‘Indestructible’ sound and ‘Django’ to be more specific.

Concluded…. This album is very double. Musically it’s precisely what I think everybody wants from Rancid but lyrically it’s not to good at all, not to say kind of sad. But don’t let this scare you off cause it’s kinda obvious that a band like Rancid sings about standing up and standing strong. And even though it doesn’t sound as sincere as it was on the early albums it’s still great to sing a long! On the longer term I think this record isn’t gonna stand a chance against the Rancid classics. But for a new record it’s more than a good shot!