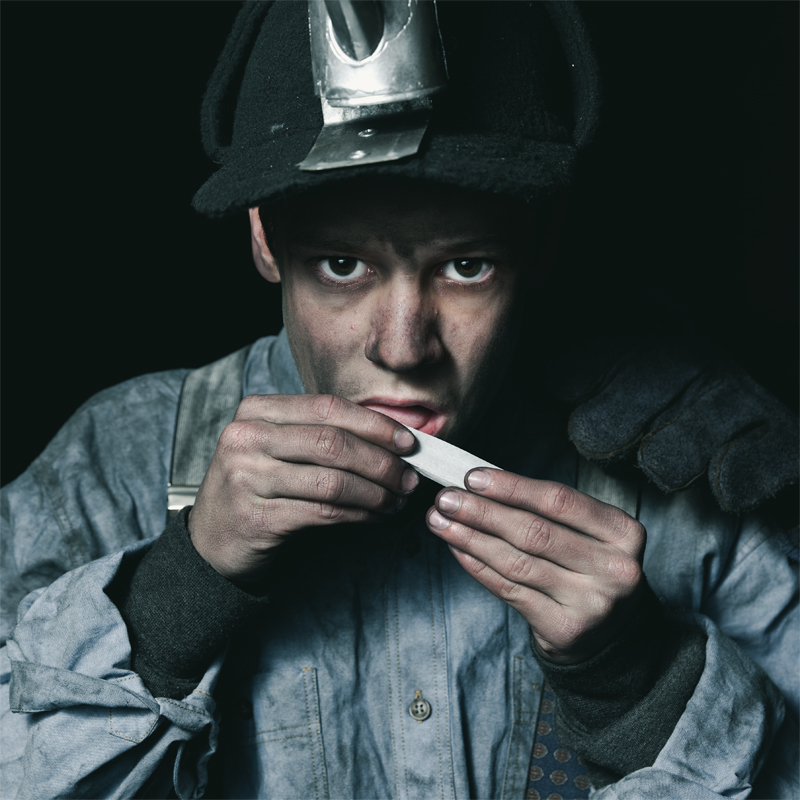 The year before last I got totally blown away by a band called Ratking. These guys released an EP, ‘Wastelander’ (still one of my top recommendations to anyone eager for punk/hardcore talents) which was INCREDIBLE. Now it’s ‘finally’ time for a full length, with again terrific artwork.

‘Commonwealth’ opens with a characteristic Ratking sound, which is pretty outstanding for a young band who lean on a very wide influence. When the second song kicks in it reveals immediately that, as of Wastelander, this record dangles between brutal, slow, aggressive, tight, fast and melodic. A fast, aggressive song which is over before you know it, even though of a minimal 2 minute length.

Third song is the first which shows the great guitarist. A slower intro which endures in a great melodical riff. I’m not a guitarist so I cannot judge if it’s actually hard to play etc. but the riffs after the intro are brilliantly applied.

‘Leeches’ tears this melody fully apart. Aggressive, loud, fast, dirty and near crusty. Although it’s clearly very inspired by Trash Talk it is sort of refreshing. That crusty vibe is new to me from Ratking. That same vibe heads into the following songs, definitely in C.T.D.M. where for me it reaches its peak.

The band wisely switches back to the slower anthemic ‘Life Drain’ and the melodic ‘Our reptilian overlords’, which even reaches some swing after the first verse, which is an example of them not staying within hardcore guidelines. The album closes with a track which definitely must be a live killer! It reminds of a modern Casualties track (which is very positive, them being one of the best live bands whether you like them or not). Maybe a bit easy to say because the drums automatically reminds of every streetpunk band in the world. But that combining with the guitar parts and the last verse sounding quite like Jorge vocals, it’s hard to deny.

The whole album reminds of the older Trash Talk, hence the extremer parts (the ‘crusty’ parts). Though in a polished production. I did not get blown away as with ‘Wastelander’ but this album is perfect from start to end. It’s probably because I was such a fan of that EP that my expectations were too high. So if you didn’t hear that first EP please start with this album and let me know what you think. And then obviously go check out ‘Wastelander’, you will in no way be disappointed.

Ratking are in my opinion the biggest talents in their subgenre. Time for those guys to wreck some European (and specifically Dutch) venues!