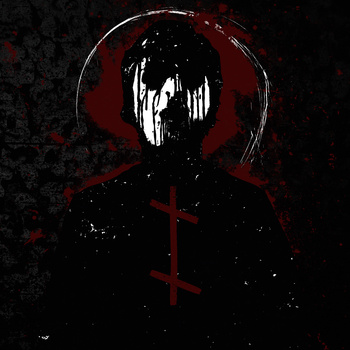 Ravage Ritual might sound as a new band, actually it isn’t since they are around since 2011 and have released a demo, EP and a split 12″. Operating from Finland ‘Soul Eater’ is a high light in their short career and blackened hardcore scene.

They made enormous steps forward and sound like the Blackened crust version of Rise and Fall. Imagine the intensity of The Secret and Hexis combined with the groove and breaks of the punkmetal gods from Belgium. In nine songs the band is digging deeper than many bands, the songs just get better and stick in your head after a few spins. Songs like “Fortress” are a whirlwind while in “Dwell” Ravage Ritual takes it easier with a dragging rhythm, feedback and pounding drums. The slow heaviness is the calm before the storm when the raging ‘Death Worship’ kicks in. They combine fast hardcore parts with groovy rhythms.

When you flip the vinyl the musical road enfolds further. Ravage Ritual’s sound stays dynamical at the cross point of Punk, Hardcore, Metalcore, Crust and tiny bits of Black Metal. The best songs are at the end. “Gehenna” and “Silence” show the best what the Finnish dudes got in house. The sound is topped off by vicious vocals from Timi.

It is always great to see how a new band is growing and finally creates a masterpiece. The title ‘Souleater’ is also perfectly chosen, with the nine songs the band is crawling under your skin, finally grabs your soul and eats it raw with this anxious piece of razor-sharp & vile heavy music.

The bleak atmosphere where it is drenched in perfectly matches the current times we are living in. On a black background is a white image of a boy’s head displayed with blood dripping over his face. See him as fanatic demonstrator screaming for change who just returned from a police confrontation and with Ravage Ritual as provoking soundtrack.

Labels: Swarm Of Nails, Sell Your Soul and I For Us Records.