Reactions – Out of the Dark

I saw the artwork of this album coming through on SWNK and thought to myself, as a Fiend, I HAVE to check this thing out. I’m a huge Misfits fan and this album instantly reminded me of Earth A.D.

After some ‘research’ if found out that we’re dealing with an Australian band who looks more like a NYHC posse then a horror outfit. No biggie, I love Misfits but never cared for the on-stage gimmick. First tunes of this 7” drop and immediately I hear an A.F.I. resemblance (the older A.F.I. so hells yeah!). Sure, the guy opens quite aggressive but hey the song is called ‘Introduction’ so that’s OK. 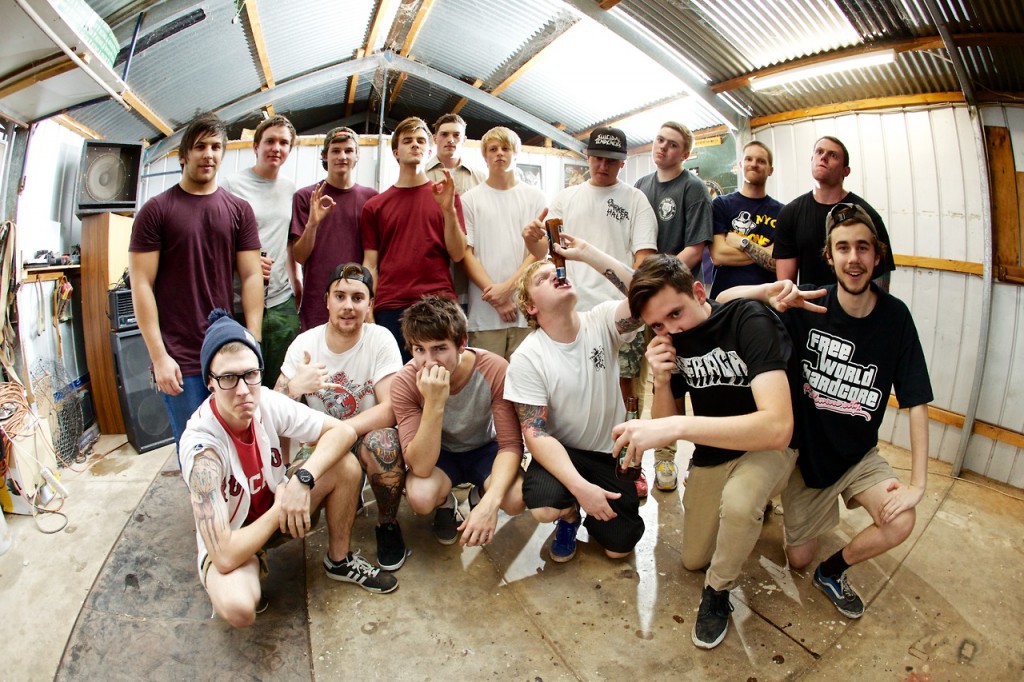 After this Introduction it gets to me that this band has definitely nothing to do with the horror punk genre. Too bad for me, but not too bad for any hardcore fan. Because this band starts tearing it up from here on! A sound in the likes of the old school NYHC.

Tight riffs and old school hardcore drums. The production is also noteworthy. These guys seem as a young band who just started, but sound like they did this a hundred times before.  Mix that up with a more than decent singer and you definitely got a band to keep an eye on! The vocalist redeems with another guy right on time, which is a positive turn on the record.

Sure, sure, Reactions is in no way pioneering with this 7” but they did make a good first leap in the right direction! With cool artwork like this and a great sound, this band deserves to be mentioned. And I’m sure fans of older Madball and the likes will appreciate what these guys are doing!