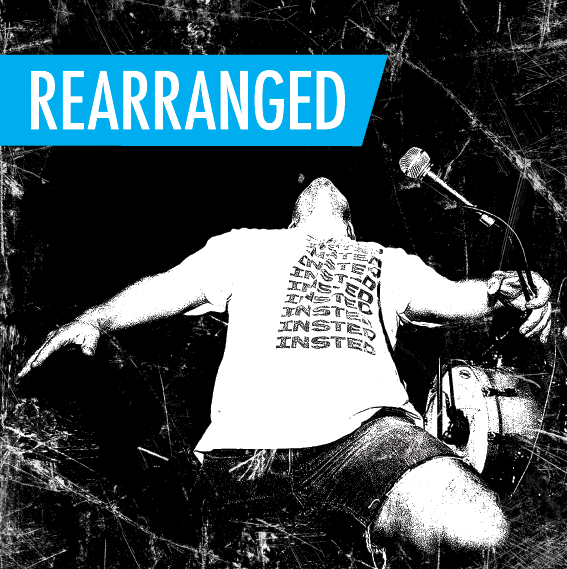 After being impressed by their LP, my expectations grew for the next release from Rearranged. All the more since it was going to be released on React! Records, one of the best hardcore Record label in the past few years. I think it’s safe to say that they surpassed themselves on this EP. Seriously, the record turned out great and they totally blew my expectations away. To me those 5 songs are flawless and make for a really cool melodic hardcore record. Every detail in this recording seems well thought out and carefully taken care of. Like the guitars, they have a rawer “late 80’” feel and, dare I say, a punk vibe. Overall this 7inch sounds less slick and well produced than “New Forms”, which adds spontaneity and energy to the songs in my opinion.

I can hear a strong OCHC influence on the music, taking direct cues from Uniform Choice/Unity and maybe Insted a little bit. I have a soft spot for Victor’s vocals; they remind me a lot of Ian McKaye’s vocal pattern. The lyrics are well written as well, dealing with several topics ranging from Materialism, Death, to more general ideas like questioning the world and yourself.

As always with React!, the record came with an essay. This one is about the exclusionary aspects of the hardcore scene, and was written by Christian from Death is not Glamorous. Much props to the label for putting out records from Bands from all over the globe (Chile, Ukraine, Russia, Sweden…). I hope these guys will tour Europe again someday soon, I wouldn’t mind seeing them live! In the meantime, grab this EP, it will keep you company for the gloomy Autumn days to come.