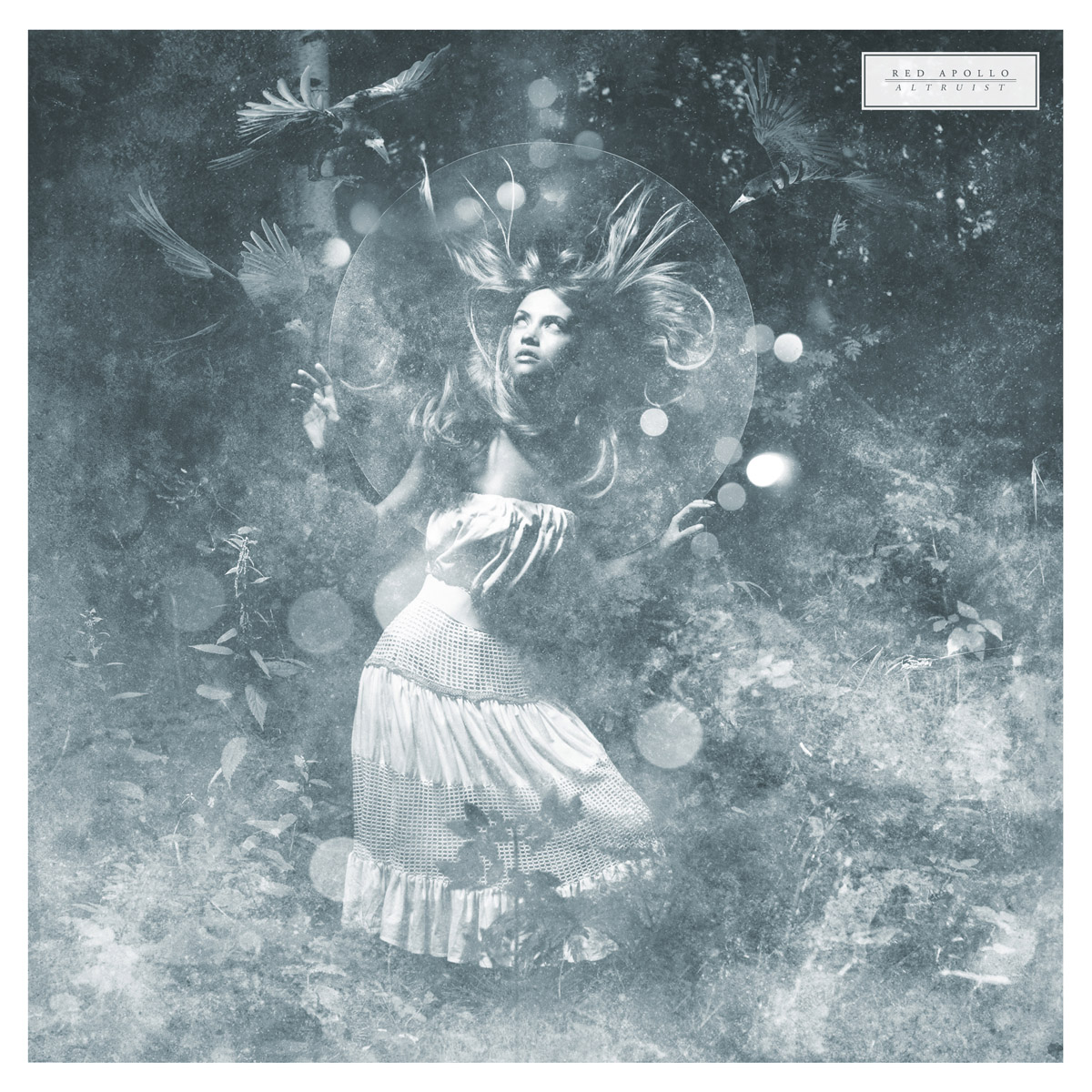 Red Apollo showed the world their debut album Marche Funebre in 2012. After three split EPs the Blackened Hardcore Crust Post Metal band (yeah they combine a lot of dark styles in heavy music) returns with the massive epos Altruist. Almost one hour in playing time it takes some time to get into it. At first sight this is again average Post Metal/Hardcore we heard a lot of times. Later the album is growing and growing and it turns out the song structures are better than ever.

The dragging parts are moving forward and combined with a typical Mogwai sweetness. Once in a while there is a crusty outburst; typical hardcore or played with a Black Metal drum pattern not unusual nowadays. The atmospheric layers and the melodies give much room for the listener to dive into the album.

Take the introduction of the album with ‘Prurience’, in the best Cult of Luna tradition Red Apollo starts off. In ‘Lovegazers’ and ‘Sacrificing Permanence’ the crusty Black Metal kicks in, but after a break it’s swapped quickly into a sweet melodic Post Metal part. The Germans do it easy and fluent. Next up is ‘Our Lucid Dreams’ and it feels like an ambient dream and the intermezzo of heavier things to come.

The title song is a heavy comeback. A massive mid-tempo hardcore part with pounding drums and aggressive growls is setting a new direction on the record. After a sinister guitar part without drums the heaviness is kicking in again with groovy metal/hardcore. ‘The Slaving Eyes’ is starting as a beautiful Post Metal song and ends in a sweet Black Metal epos. The dynamics is what keeps this album on top of others.

‘Dissociative’ is a slow crawler with a pounding drum rhythm on the toms. A massive hardcore breakdown with dissonant guitars is the starting point for waves of crushing guitar riffs that ends in a melancholy with keyboards. If you follow this type music there is nothing new however Red Apollo combines the complete spectrum and turns it into catchy songs; even the long ones.

At the end of the record ‘Aphrodythian Loss’ and ‘Remnants of a Blazing Sun’ are keeping the listener fully focused. The good thing is at the right moment a fast Hardcore part (or Black Metal) is following after slow Post Metal. Mostly the styles are interwoven with melancholic guitar layers.

The record label has invested in the band and is bringing us Altruist in the following formats: CD, DLP and a limited box including CD, limited color vinyl, patch, totebag and an artprint.