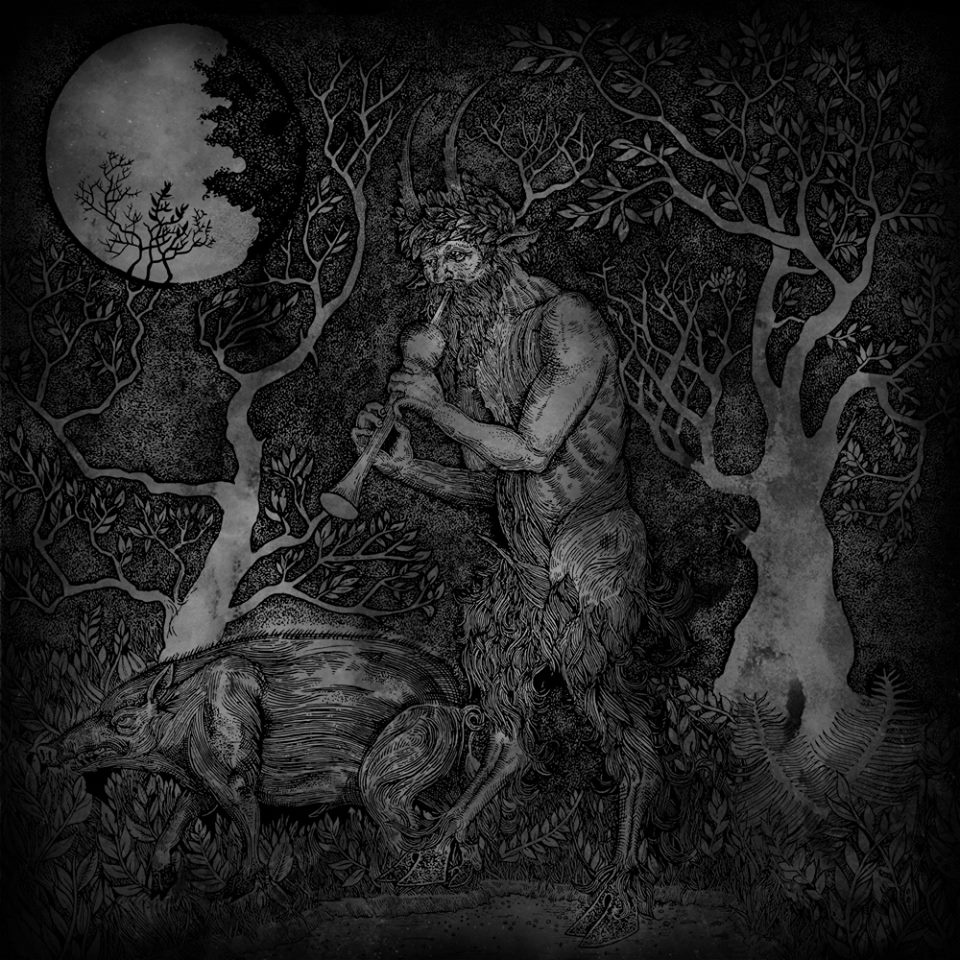 The dark Sludge/Hardcore band Sundowning impressed me last year with their album ‘Seizures of the World’ and delivers a brand new track called “Ceasing Lamentations” and is sharing the wax with the new German band Red Apollo who’s releasing three splits with songs of their Transgression trilogy. This EP has “Transgression II: Fear and Devotion” in the grooves.

Sin Eater took care of the drawing that seems to be inspired by the heathen times according to the goat man playing a flute in the forest in front of a wild pig. I definitely would imagine there are legends about this goat man in older German times (especially in the Schwarz Wald area). Both bands have brought the perfect soundtrack when this old goat man is playing his flute at night!

The Sundowning track has basically the same pattern but is slowly evolving into a massive raging stream of madness. No quiet start and then an outburst; no the band has the guts to repeat strong riffs with convincing vocals. These Germans are keeping the right path musically.

Red Apollo is new for me, recently released a debut album (review is following soon!) and makes an impact with the old Cult of Luna styled song “Fear and Devotion”. Nothing new, just a strong song from a newcomer!