Red Doves – Off The Grid 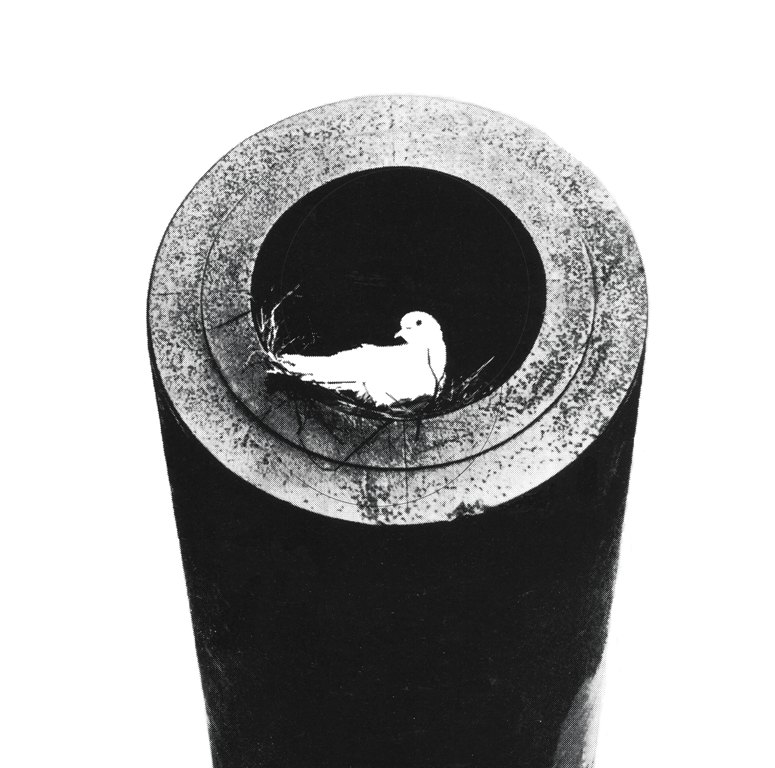 The band Red Doves brings out their record on vinyl with a dove taking shelter in the barrel of a cannon on the cover. Imagery speaks loudly here on the album Off The Grid. The band hails from Stockholm and plays punk rock that is dressed down to its very core. The four piece has been around since 2011 and has a plan of digging towards a totally different place with their music.

Band members have been active before in Trapdoor Fucking Exit, Section 8 and Henry Fiats Open Sore. Experience enough to make something new with Red Doves, and they really know what they’re doing. Rocking out with a furious groove that has a certain kind of unrestrained fun factor to it. For some reason tons of their songs can be found on YouTube with cartoons as video, I must say that this alone is enjoyable among the general collection of live shots and war footage you find in video’s. Anyways, how does this kick ass combo sound?

Rocking out like old school Black Flag, Sick Pleasure and Adolescents. Both the opening track and follow up ‘Chameleon Street’ are those typical bursts of energetic punk rock with a ‘what do I care?’ attitude? Nonetheless, the sounds is tight with a pulsating rhythm section pushing the song forwards. ‘Payed In Excuses’ is one of those songs that ends before it ever really started..

‘Kamikaze Love’ is one of those jangling tunes that keep you listening, where ‘Ode To Nothing’ could be called a punk rock version of a ballad, sounding very much like a semi-drunk impression of something smoother (still a nice tune). Red Doves have no problem at all demonstrating their knowledge of West Coast punk rock from the 80’s, even the funny voices appear on ‘Watch From The Shadows’.

It’s as if this band did something very Swedish. They looked at this period of time and the music it produced and made it into easy to assemble, nice packages like Ikea. Songs like ‘I’m A Target’, ‘Stains’ and ‘White Dots’ only further this idea, since this band literally sounds like they belong in another time and place and they reproduce it so well. However, you would allow a band like OFF! to get away with this, this band lacks the charisma and history to make them still interesting, but hey, it’s a stroll down nostalgia lane. It’s a damn fine album anyway.