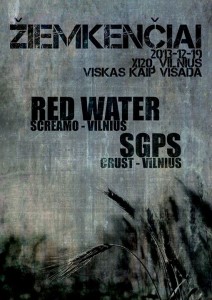 To find out some more about the scene in Lithuania, I hooked up with the guys from ZLP GNR, who took us to see a show in XI20, also known as the Hook, with the bands SGPS and Red Water.

Earlier this year, I wrote about a bunch of bands from the Baltic States. The presence of Lithuanian acts was sorely missing, since most of the bands mentioned, already broke up, disbanded or just went non active. I contacted the band The Sold Outs, seeing if they could tell me a bit more about the scene. Since they disbanded, they refered me to ZLP GNR for more information. The guys where only to happy to show us around in Vilnius and take us to see a show at the epicentre of the Lithuanian scene.

Opening up is SGPS, playing their very first live gig. The stage is one of the few places in Lithuania that actually still books punk gigs, so this is a logical first place. The sound has a gritty punk vibe to it.The vocals are distorted grunts that meander through the beat driven music. This all hammers on at a slow pace, a bit too slow according to our guides, who form part of the participants in keeping the DIY community alive around here. 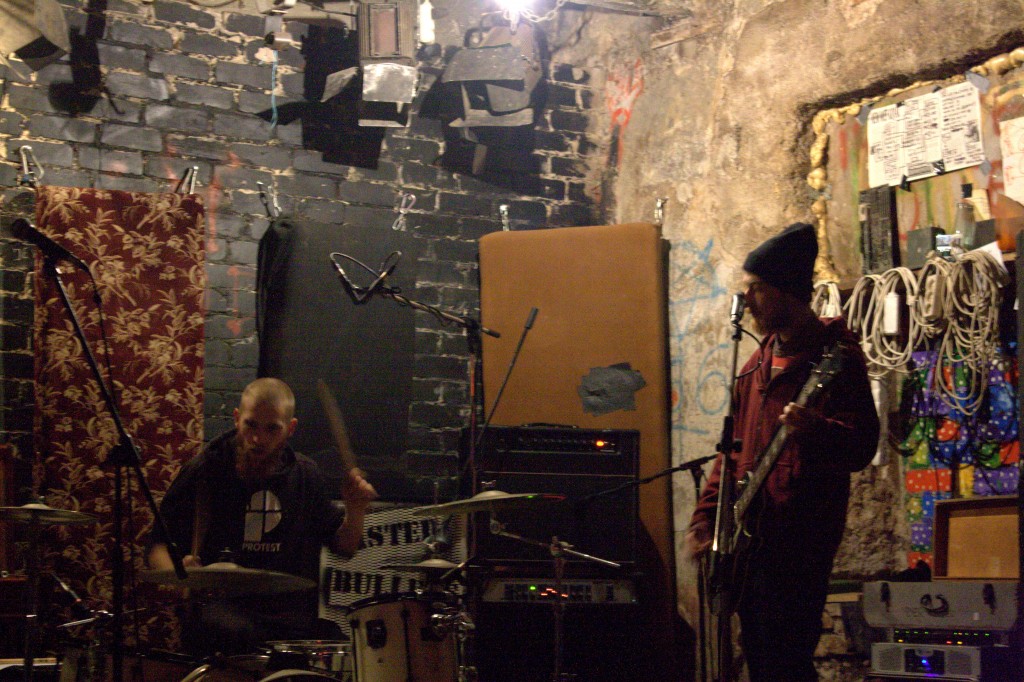 Call it a mixture of grind and punk, something that was popular for a while here. Bands just mix it up, the scene is too small to crawl in a niche. Noteworthy are the beards of the guys on the stage. After a set of about 30 minutes it’s over, though the crowd seems to want more.The band had not been playing the greatest show the club has ever seen, but did lay down the groundwork for some future development. “It’s good that they played live the first time, it’s a start…”, thus speaks our guide Sharas.

Second band up is Red Water. Originally they were named ‘Red Water Runs Out’, but this was shortened, simply because it was a tad bit long. After plugging in all the equipment, the show starts. Descriptions of their sound as black screamo seem to do justice to the vibe this band puts down. Vocalist Andrius, who plays second guitar in ZLP GNR, stands with his back to the audience and screams out his lungs to the complex and ever shifting sounds of the band. The music is hectic and intense, full of fire. 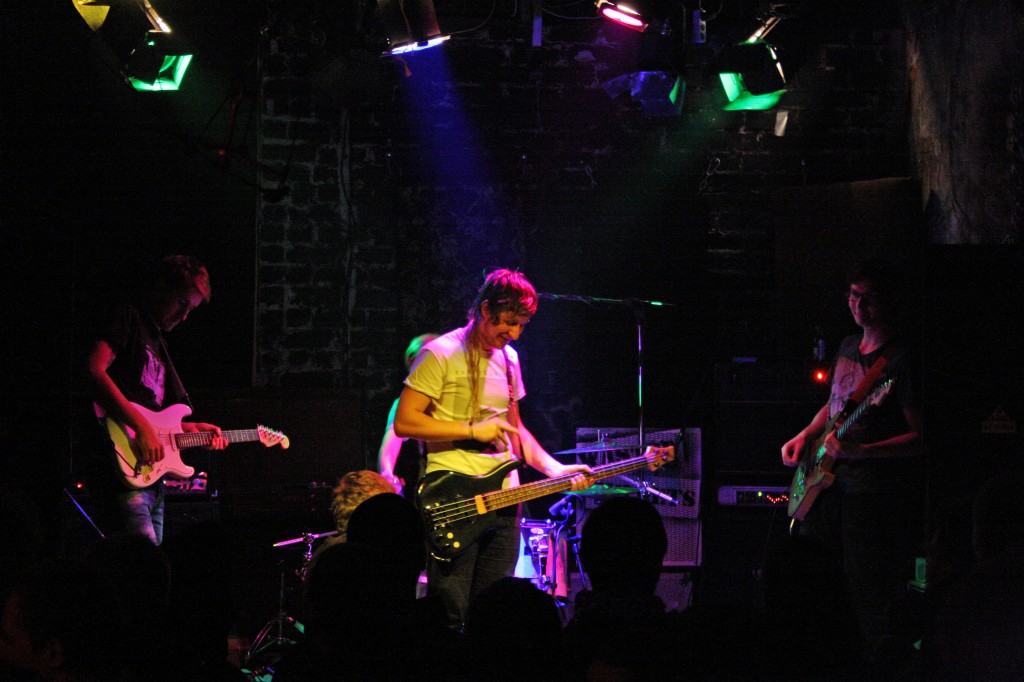 The songs follow in rapid order, without much time in between. The stop-go routine the band picks up on has it’s effects and people start getting into the vibe of the band. The basement venue lacks certain isolation and sound dampening, but it makes up for that with a cold industrial atmospheric sound. The decorations might look a bit scary, it all works in the advantage of the performing artists (unless they’re not playing loud and fast music). All in all, a great place to check out some good music.

Find out more on hardcore.lt