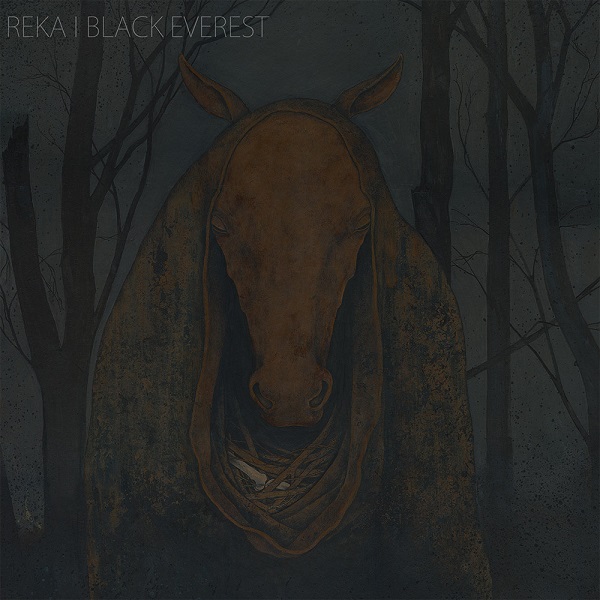 Hands down Reka is my favorite band from Russia. On this split they are doing a cover of Black Everest while Black Everest is covering Reka. The Russians impressed the world with intense and heavy Post Metal. The slow pounding music gets under your skin and due to the screamed vocals they achieve the same with “Envy Always Has a Lobby”. Black Everest tracked down this song on their split with Captain, Your Ship is Sinking with the German title “Neid hat immer eine Lobby”.

The original version started out with a Black Metal rhythm that continues in an up-tempo emo song. Reka does it different. In their typical way they start off the song; no Black Metal to be seen. In the middle there are reverbing guitars to go the emo side and then a break to finalize with a crusty Black Metal end. They got me K.O. and their interpretation kicks ass.

Black Everest had taken “Затопленный Лазаретто” from the album ‘II’. The lyrics are in English so the song is now called “Flooded Lazaretto”. In the beginning the Germans give me the same feeling as on their split with Captain, Your Ship is Sinking. Too many ideas put on tape in a hazy atmosphere. When the speed is slowing down they reach the usual Reka territories. The dragging melodies are played in a bit sludgy (maybe muddy is a better word) way. It fits the approach how they write their music and that makes their version dirtier.