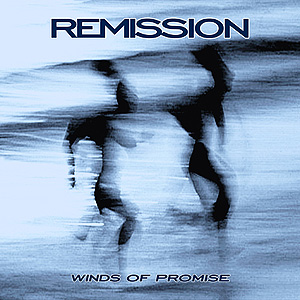 Where most of the 90’s influenced bands nowadays focus on the metallic sound of that era, we must not forget there were a few really great melodic hardcore bands around back then as well. Outspoken and Mouthpiece to name a few.

To me Shelter is also an exceptional band from the 90’s. And despite always reading that Chile’s Remission sounds so much like Verbal Assault (which they do in some songs) I can’t help it but also hear a bit of Attaining The Supreme -era Shelter.Especially the second and third song of this record could be ‘the lost songs’ of Attaining The Supreme (well without the obligatory krsna influenced lyrics).

Winds Of Promise in my opinion once again makes it clear we as hardcore kids shouldn’t be staring blind on bands from the United States because as much and maybe even more good and refreshing things are happening all over the world. It’s a great thing that React! Records is one of the few labels who actually supports bands like Remission and Russia’s Rearranged by releasing their records.

Remission is gradually making a name for themselves and deserves even more recognition as being one of the few melodic hardcore bands that manage to take the best of the past and create something new which is equal to the songs of the bands they’re inspired by.

Also check out the interview Teun did with Remission, that we published yesterday.