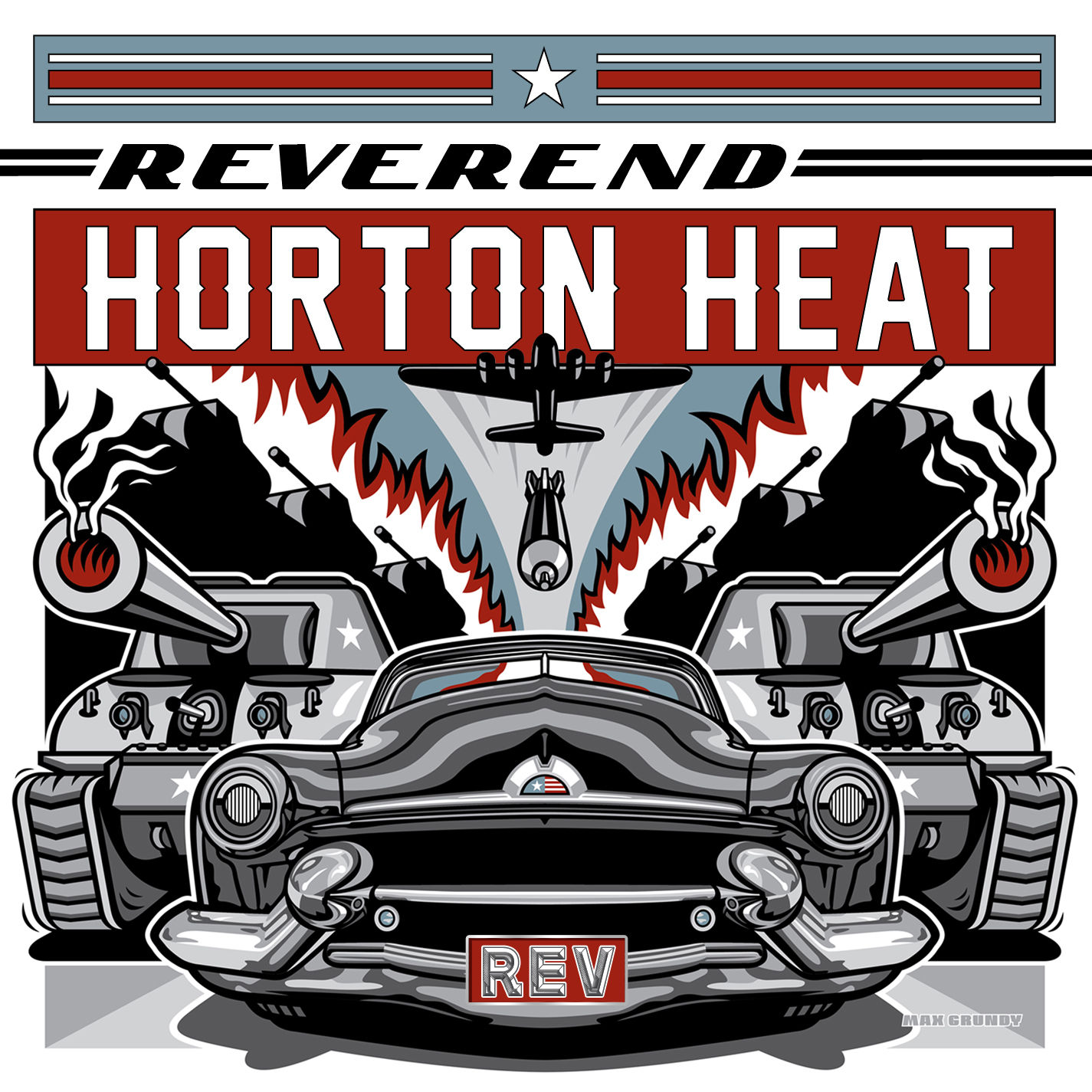 Everyone’s favorite reverend is back. With their eleventh album this time which is simply titled Rev. In this case you may judge a book by it’s cover. This is pure unadulterated psychobilly. After a bit of a relaxed album Reverend Horton Heat picks up some speed at their eleventh album and debut at Victory records. If you ask me, it’s quite an achievement too sound this inspired and energetic at this stage of their career. Many bands would have mellowed their sound.

Album opener sets the tone with Victory Lap, and upbeat instrumental track. Later on the album we’ll find another instrumental, Zombie Dump, which reminds me a lot of Psychobilly Freakout (which I think is a good thing). Other stand-out tracks are Never Gonna Stop It, with it’s catchy statement “the Bushes can’t stop it/ Obama can’t stop it” or Longest Gonest Man which tells a classic tale of a man who’s out to buy a smoke only never to return to a horrible woman or My Hat with it’s Brian Setzer influences. Strange enough these tracks are not chosen as single. Instead the worst (but still quite ok track, so perhaps I should call it least best?) Let Me Teach You How To Eat has that honor. Perhaps because the band wanted to make this video?

In the end, this might not be the best record ever recorded by Reverend Horton Heat, but their return to form is more than welcome. It’s good to still have them around. Fans of the band will know what to do: get this!