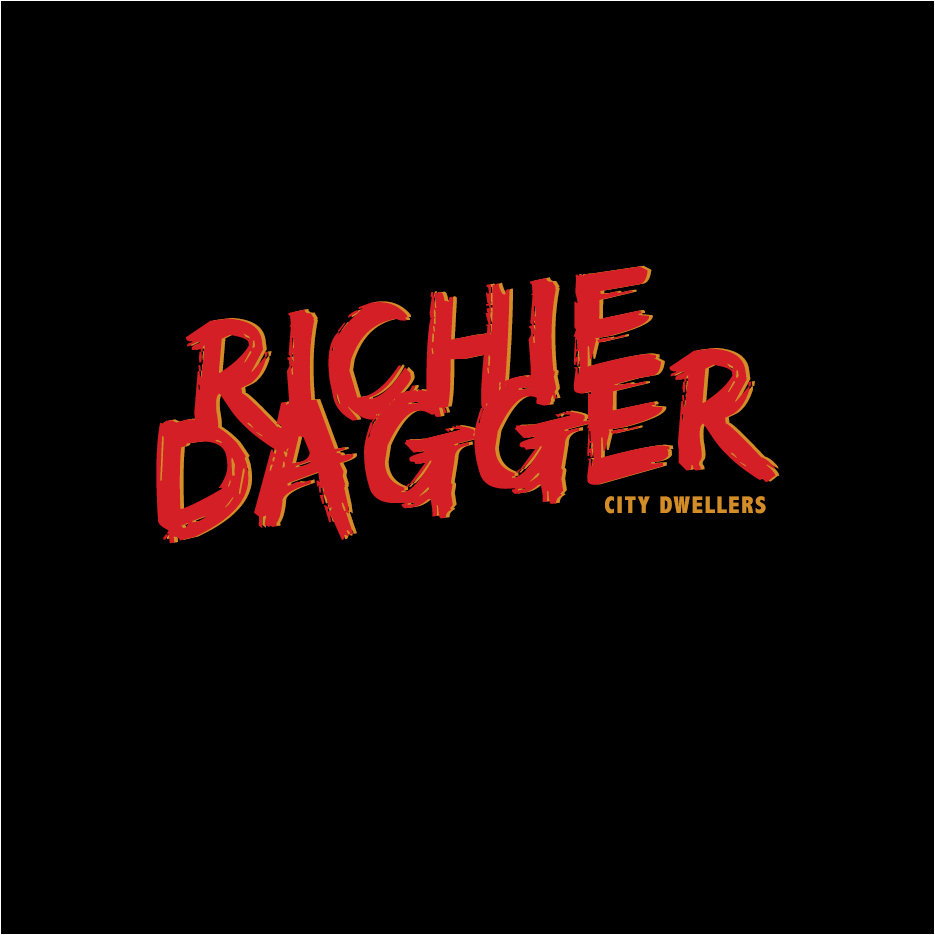 For how many musicians out there is music still a basic need? A catharsis. A way to vent frustration and channel energy in something creative? Hardcorepunk started out that way but over the decades has become for the most part a rather stagnant and safe environment to act as an outsider while in fact closely following scene rules.

Enter Richie Dagger, a band that has and probably always will do whatever they want. More accurate whatever they feel is good. Without dropping the emo tag on this band they sure are about feelings and instincts. City Dwellers is the garage culture counterpart of an old African tribal dance. It evokes the spirits and serves in a way as a dedication to them.

Compared with their debut Jaded Man, this full length sounds more as a collective effort. The sound reminds me of The Stranglers’ Black and White in the sense that’s it’s brooding and dark but also grabs back to the first punk and garage bands. Of course one can hear The Wipers influence but there’s a lot more going on. There’s some psychedelica as well and what I would call the early LA punk sound and even The Doors.

Every song on City Dwellers either has a great intro, the best guitar solo recorded this year in The Netherlands, or amazing harmonies. I can’t imagine a better record coming out of The Netherlands this year.