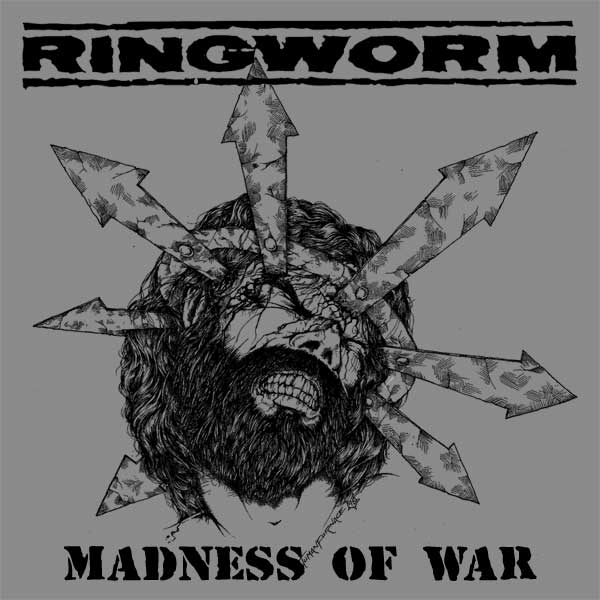 Besides the new Ringworm/Mindsnare split, A389 Recordings released the Madness of War demo from 1999 on a flexi single. The three songs “Take Back What’s Ours” (including the crushing solo), “Dollar Whore” and “Madness of War” were all re-recorded for the ‘Birth is Pain’ album, so most fans already know these songs.

Of course these three songs are rough statements of the later versions. It captures the rage and darkness Ringworm is known for and they absolutely don’t sound bad. In contrary the sound is rough, but in a good way. As a fan I am happy this release is available again, because I love to hear these songs in this shape. Especially “Dollar Whore” and “Madness of War” are great to hear. Total madness I tell you!

For those who are interested, you’ll have to be quick, only 250 are pressed on clear vinyl.