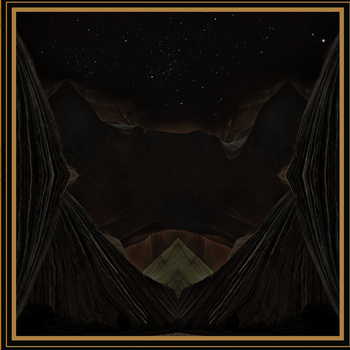 Moment of Collapse records is releasing a bunch of dark and epic hardcore/metal releases. Or should I say post-metal/hardcore releases? The latest outputs of Alaskan, Sundowning, Reka and Lightbearer were outstanding. Rise Above Dead has the most beautiful cover with ‘Stellar Filth’ but the music is far less interesting as the other vinyls.

The 50 minutes are too boring to really keep you interested and yes I know it’s goddamn difficult to keep everyone awake when you play slow and monotonous music. Sure, when they start the ride with “Hide and Weep” and “No Land Toward the Sea” they kiss the dark territories with love. Also some psychedelic moments happen. Later in “Bury Them in Dust” I got bored. The first listening sessions I couldn’t find the exact reason but now I am pretty sure what is wrong on this record. Rise Above Dead doesn’t differ much in tempo. A song stays in the same range too long. All the songs are in between six and nine minutes and repeating the same structure (or a certain riff) can be pretty boring.

“Light Release” is painfully showing this. The next minor point are the monotonous vocals of singer Andrea Rondanini, especially in this song it seems he had a hard time recording his vocals. Like he had a sore throat and cought a cold before entering the recording room. In the last song “A Thousand Thorns” the Italians are picking up the tempo with a building up climax and some acceleration. It is not enough to save this record though, it simply lasts too long to be interesting.

Also the weak sounding drums (and creative ideas) are not adding up to your listening pleasure. On bandcamp I found their previous release, a one sided 4 song record that has much more faster songs woven in a crusty melodic way. Not the most original style, but I picked up the energy and it suited the band much more. The complete turn in style is pretty strange, especially when you don’t impress with the new one.