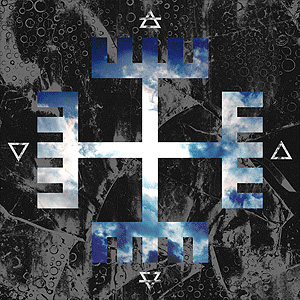 I received an email attached to a copy of the new Rise and Fall album; a strange message indeed from an institution known as the International Office for the Curtailment of Hyperbole. I include the full transcript below, including my own review corrections, for transparency.

Under new internet legislation drafted by the International Office for the Curtailment of Hyperbole (henceforth referred to as IOCH) we write to inform you of new expectations in the field of music writing, specifically regarding the field of reviewing alternative heavy music. Under new guidelines, (available online in full at IOCH.org) we at the IOCH feel that standard, cut-and-paste journalistic phrases are removing any opportunity for well thought out, balanced assessment of musical output.

With immediate effect, we have legislated that certain descriptive terms and phrases are to be removed from the pantheon of journalistic terms. For your benefit, we have included the list of banned phrases most applicable to the enclosed item: Rise and Fall – Faith. Please note that no economic or legal sanction will be implemented by using the following terms, but your journalistic credibility may well be adversely affected.

Thank you in advance for your co-operation,
Miles Worthington-Smythe
Administrative officer IOCH – Department of Heavy Hardcore

It’s been a staggering 7 years since Rise and Fall’s Deathwish debut ‘Into Oblivion’ was unleashed with great fanfare. In the long space of time since they’ve released two 7″s and a further LP – ‘Our Circle is Vicious’ – which went only some way to matching the high expectations set in 2005. This year sees their fourth effort Faith released once again through Deathwish, and in many ways Rise and Fall have transcended themselves and these expectations, delivering a hefty package of turbo charged  crushing hardcore, and breaking new ground in the process.

From the start Rise and Fall set the pace for the album that follows with Hammer and Nails, a frenetic barrage of discordance and bottom ended guitars that reminds me in many ways of label-mates Converge. The things I’ve always liked about Rise and Fall are their adherence to relentlessly  ugly themes, lyrically, vocally, even in terms of chord key scales. In parts Faith/Fate reminds me more of  Dicharge-derivative bands (especially on songs like The Gallows Await ) than the  late 90’s Belgian  style they were perhaps compared to in their early years. As the album progresses, there is little let up really until Things are Different Now, which takes a slightly more laid-back pace, but has a really engaging, creepy feel to it.

The album somewhere past the halfway point begins to blur with its relentless energy, but that likely holds me more at fault for my short 21st Century attention span than anything to do with the songwriting on Rise and Fall’s part. If anything, I’m surprised how much Rise and Fall’s sound has evolved from how I remembered it back in 2005 to now. I would perhaps have compared them to Congress, Integrity or Ringworm before, whereas now I would be more inclined to cite influences like From Ashes Rise, Tragedy, even Motorhead instead. This isn’t necessarily an album I would return to time after time. But if the Deathwish canon include some of your favourite bands, as I’m sure is the case with many of you reading this, then you’ve likely just come across one of the best albums of 2012.