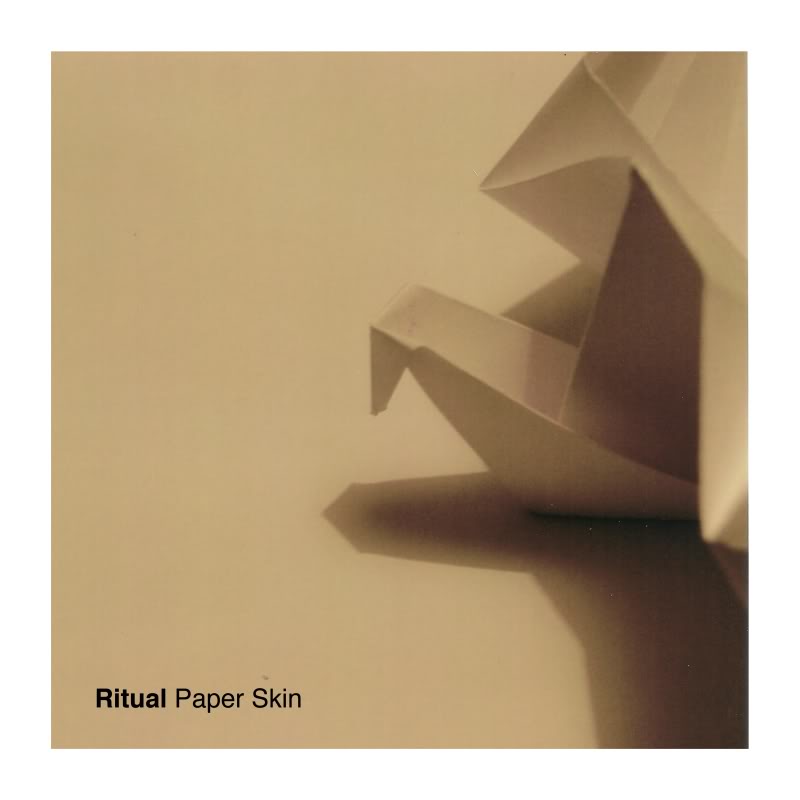 With ‘Beneath Aging Flesh And Bone’ Germany’s Ritual proved to be one of the best bands continuing in the tradition of Unbroken and The Hope Conspiracy. When the band talked about incorporating instruments like a harmonium, upright bass and synthesizer there was no denying Ritual was about to go beyond their former sound.

‘Paper Skin’ is different from earlier Ritual records, though it is not so different that it will scare off the early fans. The biggest difference between this record and earlier ones is the openess of the songs. Where most bands in the genre go to lengths to produce a real heavy record, Ritual has opted for another approach, one that makes more room for melody while at the seem time not coming over as a real melodic record.

If anything Ritual has progressed from Hope Con’s heavyness to a more rocking Suicide File- esque sound, without really sounding like The Suicide File at all. Songs like ‘The Great Decay’ and ‘The Coldest Shoulder’ are good examples of this.

The only really odd song on the record is ‘This Shell Has Got A Soul Again’ which is a straight up blues song. Though the song sounds nothing like the other material on ‘Paper Skin’, I can’t say the song is really out of place either. Much like the artwork of the record and Ritual’s merchandise ‘This Shell Has Got A Soul Agian’ is a prime example that the guys in Ritual have a certain esthetic about the band. One that sets them apart from their contemporaries.