Running Out – Rather Be In Hell 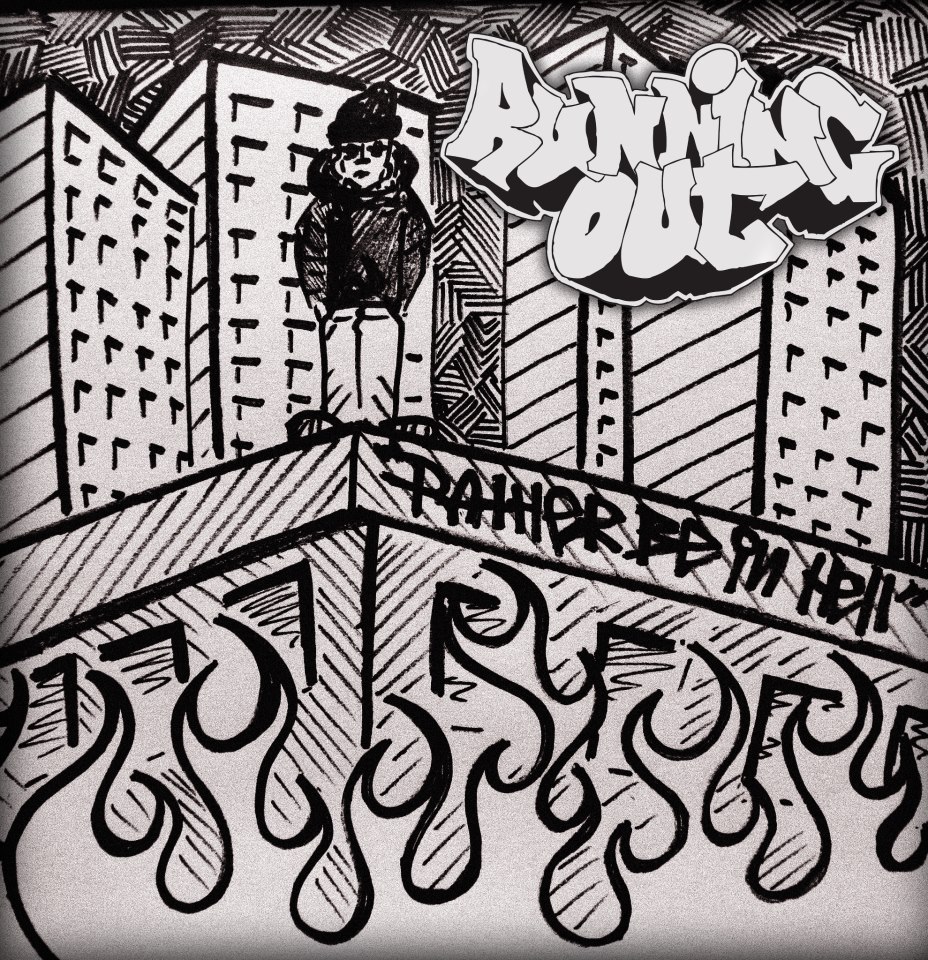 The Dutch youngsters in Running Out have been around for two years and in this period I’ve seen them play twice. The first time was absolutely terrible, the second time was still not very impressive, but a lot better, mainly due to the addition of a second guitar player and a tighter band overall. The demo they released a while back was almost unlistenable because of the abysmal sound quality and sloppy technique, so I was pleasantly surprised when I first heard this digital EP. Very pleasantly surprised.

Running Out plays groovy, heavy, pissed off hardcore and does this rather well, with enough fast bits to keep the circle pits going and enough breakdowns to have the moshers strut their stuff. Singer Dylan does not have the most powerful voice, but his hoarsely barked  vocals fit the music and the subject matter (hating everyone and everything, preferring to die, struggling with inner demons, the usual cheery stuff kids deal with these days) just fine. Production sounds more than decent as well.

This is the kind of young band there seem to be hundreds of in Belgium, but that we don’t come across nearly enough in The Netherlands. Cornered and New Morality need not be quivering in their boots just yet, but it’s cool to see there’s at least some competition starting to breath down their neck.

Less than 10 minutes of pure and sincere hardcore to wreck your room to, for free. What more could you want.