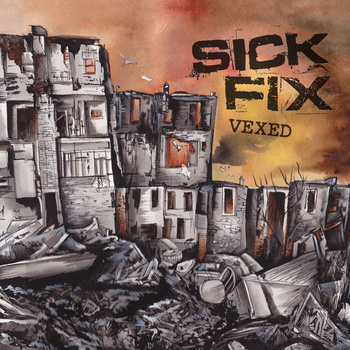 What if Infest or Larm were fronted by a woman instead of a man? For those who ever wondered about that, there’s Washington DC’s Sick Fix. Containing members of Coke Bust and Magrudergrind you might already get the feeling in which musical direction this band operates.

I’ve been listening to Vexed on and off the past weeks and though I’m really into the music, which at times also reminds me of Left For Dead, it’s the vocals that just don’t work for me. I just can’t get this Fast Times connection out of my head.

Believe me it’s the kind of association that definitely doesn’t make me enjoy Sick Fix as much as I basically should. They have most of the ingredients I like in a band: political lyrics, melodies, fast. Damn you Fast Times for spoiling this record!