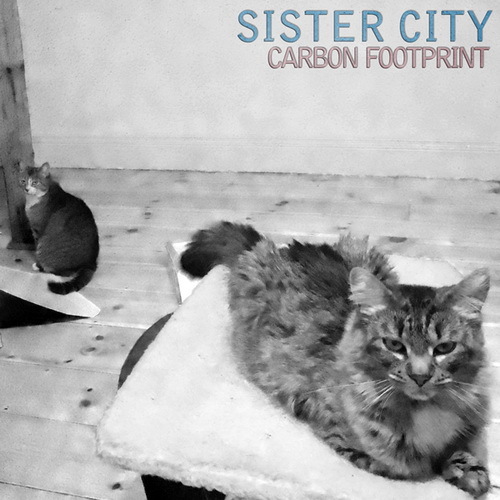 Never judge a book by it’s cover, but you also should never judge a record by it’s title. Carbon Fooprint by Maryland’s Sister City isn’t the ecological All Out War for a new generation of hardline kids. If anything the record is the introspective look on the life and ideas of vocalist Adam Linder.

Sister City is one of those bands that could appeal to the mainstream but will never get there. And only for one reason the mainstream doesn’t like their music and lyrics too sophisticated and songs like Hit Too Hard are far from easy to hum along to.

It’s kind of hard to pin the band down genrewise. It’s kind of a mix between post-hardcore, more poppy grunge and early Against Me! Which basically means Sister City are a band with guitars which they sometimes play loud and sometimes not.

Lyricwise the band comes close to short literature especially in the songs Poland, 1845 and Ellis Island Blues in which Linder makes a bridge between his ancestors and his own current life.

Carbon Footprint is a pretty good record, but it won’t appeal to everyone. It takes some time to really discover the beauty in all the songs and nowadays the next record is only that one click away. So I wonder how many people will invest enought time into this band to get something out of it themselves.