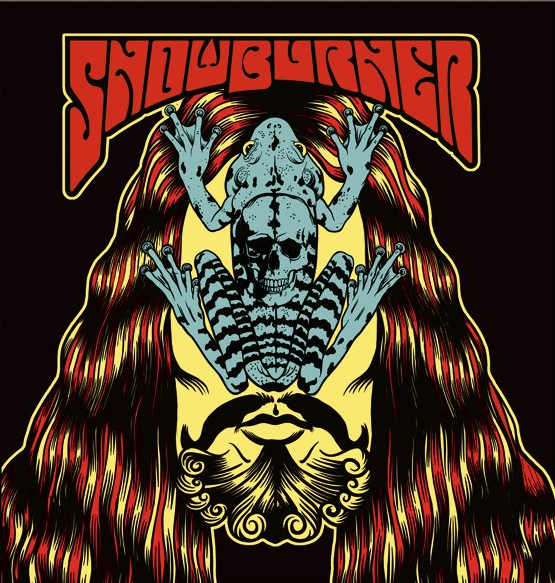 It’s not a secret that a lot of punk and hardcore kids also like Stoner and Doom metal. Both genres started in the seventies/eighties underground and there are even bands sharing the same label (Think of SST releasing Black Flag and Saint Vitus) so it isn’t a surprise members of Daily Fire, Omission and Point of Few started Snowburner to show their love of roadburning riffs and killer grooves.

Their first effort consists of a two song 45 rpm single that has the songs ‘The Greenhouse Effect’ and ‘The Jester’. I like the fact we have a new Dutch Stonerrock band but there’s still a lot to improve. First the riffs are nice to listen but a bit too easy. They have the groove, but the drums can’t always seem to follow the groove. A good thing is the voice of guitarist Jop, who reminds me of Only Living Witness‘ Jonah Jenkins. Not as good of course, but at least it captures the energy, enthusiasm and also the spirit of hardcore.

The mix is hard to crack. It is a bit too flat and the low tuned guitars are fighting with the cymbals. Bottomline: it was a better idea to put the drums to the back of the mix. The guitar sound just need some more reverb. These critical points don’t make the record an unpleasant ride, but the record has a bit too much of the ‘stoner played by hardcore and punk dudes’ feeling to be honest.

The download link I received also has the bonus tracks ‘Old Town’ and ‘The Blame Game’ (this one is just as good as the two on the EP) and the four songs fit on one 7 inch. I don’t understand why these aren’t included. Under seven minutes of Stoner Rock is just too short.