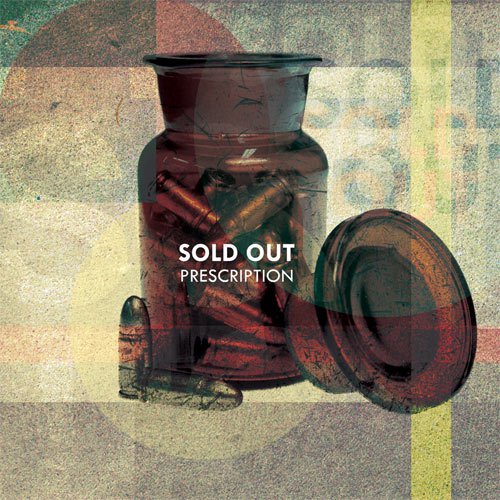 While staying at my house recently after I did a show for Finnish acoustic folk punks Jaakko & Jay, their driver handed me this cd of his own band, asking me to check it out. A little research learns me that this EP is over a year old, but since not many of our readers will have heard of Sold Out, I figured I might as well review it.

Finland Hardcore is mostly known for bands from the Full House roster, like Down My Throat, Bolt and St. Hood, with their somewhat metallic NYHC inspired sound. Sold Out differs from this trend. Their label, UK based Lockjaw Records (for all you trivia-junkies out there, they co-released Antillectual’s Start From Scratch album) describes them as ‘for fans of Comeback Kid’, but I think that is a bit too easy. Yes, Sold Out plays melodic hardcore with heavier undertones, but their sound is firmly rooted in the nineties and owes a lot of debt to good old skate punk. Especially the first two of these four songs sound like Ten Foot Pole or Propaghandi combined with Stretch Arm Strong, all be it a bit more down tuned. During the second half of the EP, some mid-nineties rocking New School creeps in (think Senseless-era Abhinanda and, not surprisingly, Endstand, Finlands most popular hardcore punk band in the nineties and early zero’s).

Almost every band member takes on vocal duties, which is good for variety, but the clean vocals have a heavy accent and lean towards being out of key. The growls and screams are perfectly fine and fit the music rather well. Sold Out’s lyrics mostly deal with socio-political topics, but are sometimes hard to follow because of the somewhat crooked English. Production is good for this type of music, rough but clear, even though I could have done with the vocals being a bit less loud, especially the clean parts.

All in all, although far from an essential must have release, lovers of nineties melodic hardcore / punk rock with a distinct Northern touch should give this a try. I could easily see this being released by Burning Heart back in 1995. I understand a full length is currently in the works, so I’m eager to hear how Sold Out’s sound will develop.