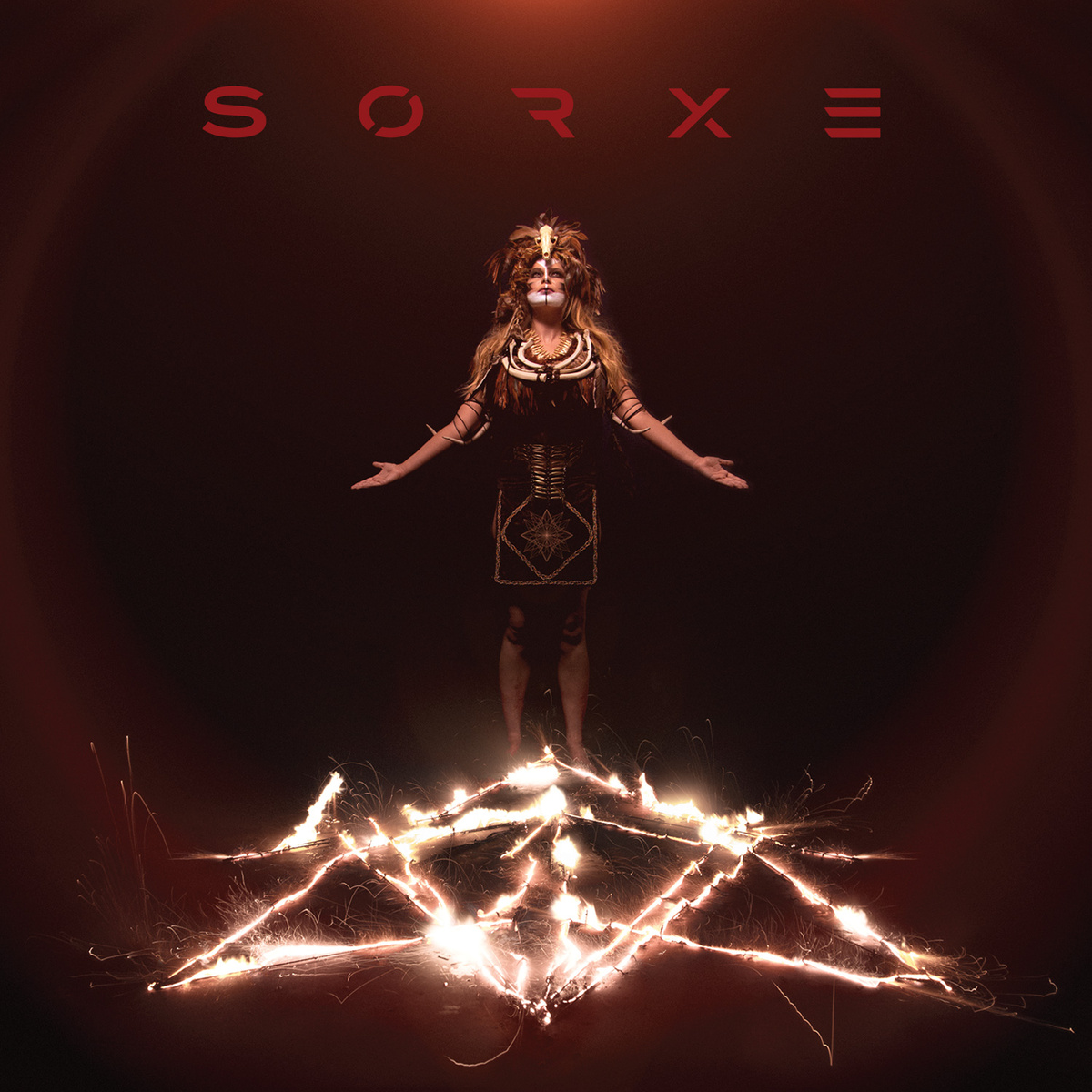 During my stay in Arizona in 2012 I met a few members of Sorxe. The guys started a Post Metal band in the vein of A Storm of Light (artwork of the album is created by A Storm of Light’s Josh Graham) with some grunge influences in the end of 2012. Pretty soon they released a three track digital only release. Those tracks also appear on the one hour debut ‘Surrounded by Shadows’.

Most of the guys have been around  for a long time playing in bands (ex-Graves at Sea or Via Vengeance), something you immediately hear. The album leads you back to the beginning of this century when Post-Metal in the vein of Isis and A Storm of Light was taking form. Slow and heavy passages, layers upon layers are creating a devastating atmosphere. Sorxe has the ability to pop in clean vocals at the right moment to keep the dynamics going. Also a deadly groove not unlike Mastodon or early Baroness is used to keep the listener focused for the full hour.

The album opens with the friendly and relative short song “Steamroller” that also embarks the grunge elements, especially in the vocals. After that, things are getting more complex and adventurous. Songs like “Make it So” and “Creeper Beast” are clocking in around ten minutes; instrumental passages are slowing down your heartbeat and keep you dreaming until heavy riffs and pounding drums are waking you up and give adrenaline.

Vocally Sorxe always mixes hardcore screams with clean vocals (similar to those in Grunge) to keep the balance in the songs. After the atmospheric heaviness “Creeper Beast” is just an easygoing song while the instrumental ambient experiment “Surrounded by Shadows” is the introduction for “The Mountain Man”.

One last time everything Sorxe stands for is unleashed. Sludge riffs, grooves, atmospheric passages, dynamic vocals and a spacy end are the pillars of these men from Arizona. Sorxe is still an unknown band in the rest of the USA and the world; fans of this type of music should take notice. Interested? Order the album here.