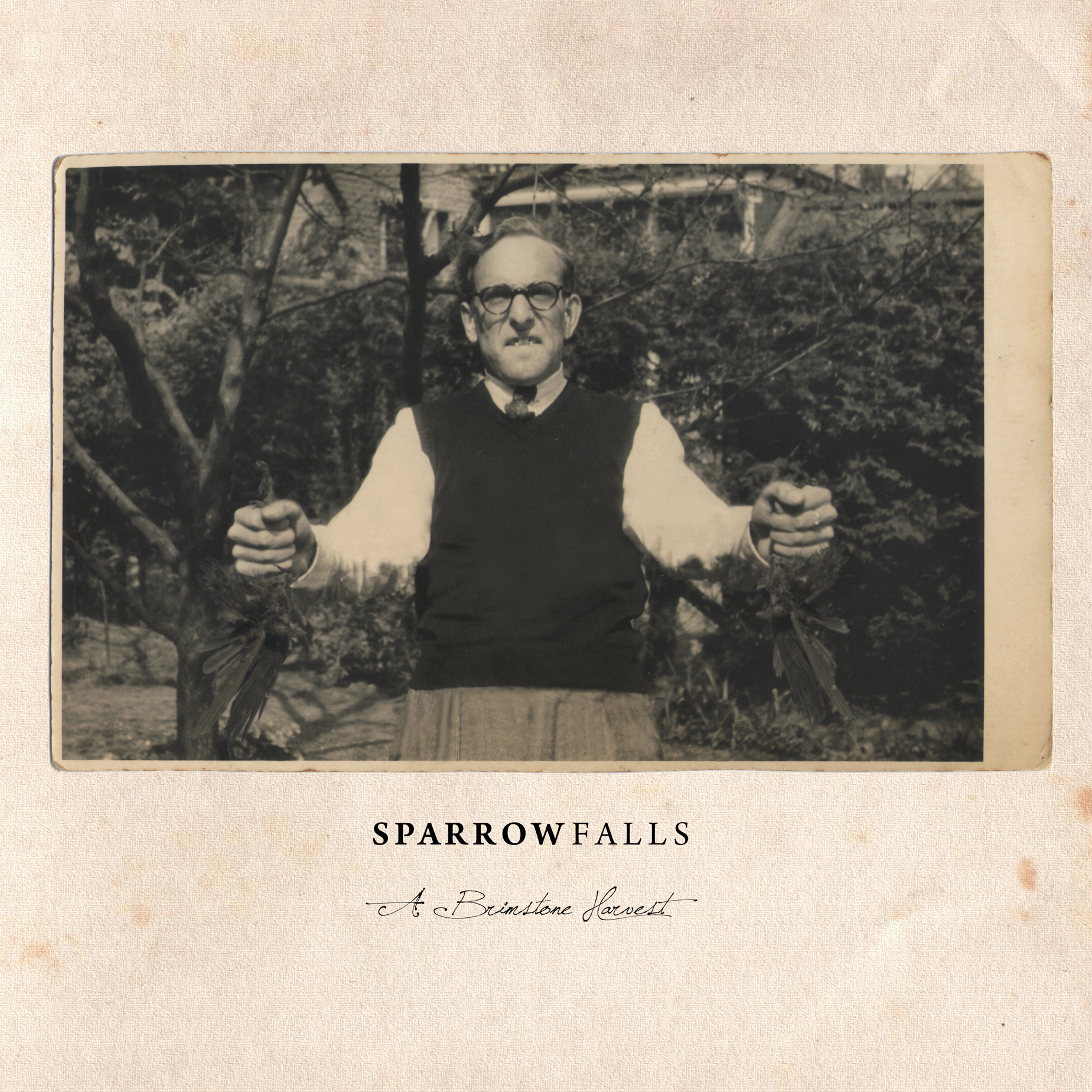 It took them a while, but Sparrow Falls have released a new full length.It’s been five years since their previous full length and there have been some changes (ok, ok, I’m neglecting Maelstrom, the EP released in 2013 here…). On their debut full length they mixed post hardcore influences with Thin Lizzy, on Maelstrom the Thin Lizzy influences moved to the background. On this album the Thin Lizzy influences are almost completely gone if you ask me. On Maelstrom Sparrow Falls successfully implemented their experience from touring with an acoustic, folky americana set. This is done even more so on A brimstone harvest. And again this works out fine!

On A brimstone harvest the sound is even more catchy than it was in the past. Almost as if the songs were written with live shows in mind. Some of these songs should be able to win crowds over to sing along. The guitar licks are extremely catchy, as are the choruses to the songs. The title song is a great example. In the past I said singer Merijn sounded a bit limited. He must have worked on his voice, as I this comment is completely irrelevant now. He’s giving his best delivery so far.

The production is done by Igor Wouters at Amsterdam Recording Company, as was Maelstrom. Again he captured a warm and fitting sound that does the music on A brimstone harvest justice.

On A brimstone harvest the band goes further along the lines set out on Maelstrom and with great success.If you liked Maelstrom you’ll definitely like A brimstone harvest! If you’re new to the band, this is your opportunity to discover this band with their best work to date.