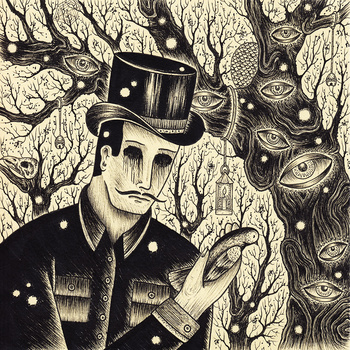 Dutch post hardcore band Sparrow Falls are back. Back in 2010/2011 I just got into that whole post hardcore thing (yeah, I was a tad late, I know) and was looking for more bands that had that Hot Water Music sound. I got to know a couple of nice bands, among others Make Do and Mend, Tenement Kids and Sparrow Falls. Their well-received debut album Tides had a sound I really enjoyed with it’s mix of Hot Water Music and Thin Lizzy. It’s been three years since that was released and I kinda lost track of Sparrow Falls. I was pleasantly surprised to hear they released new material.

In the past couple of years Sparrow Falls have toured a lot. Also with an acoustic set playing folk, country and Americana tunes. Add to that a couple of line-up changes (new are guitarist Elmer, replacing one of the founding members, Ed, and keyboard player Stijn) and I’m wondering how their sound has evolved. And I assure you it did evolve! The Thin Lizzy influences are moved to the background this time around. The Gaslight Anthem has had it’s influence on the sound (check “The Count Of Seasons” or “Maelstrom” for example).

What hasn’t changed is the limited range of singer Merijn. This is solved pretty well by supporting him with backing vocals and choirs every now and then. The added keys are a nice touch, never on the forefront, but always supporting the sound. You’ll mainly hear an organ playing along. This works out really well for Sparrow Falls. One of the highlights of this EP is the song “Maelstrom” with it’s huge chorus. I doubt it would have worked as well as it does now without the keys added in this song.

This EP is recorded at the Amsterdam Recording Company. From what I gather, the owners of the company have spend quite some time searching for vintage equipment. Judging by the sound of this EP this has paid off, as “Maelstrom” has a beautiful warm sound. Every instrument can be heard clearly. This type of music needs a grand production and “Maelstrom” definitely benefits from the sound.

What we ended up with here is an energetic EP with loads of influences blended successfully into one catchy mix. With only six songs it leaves me hungry for more, which is a good thing!