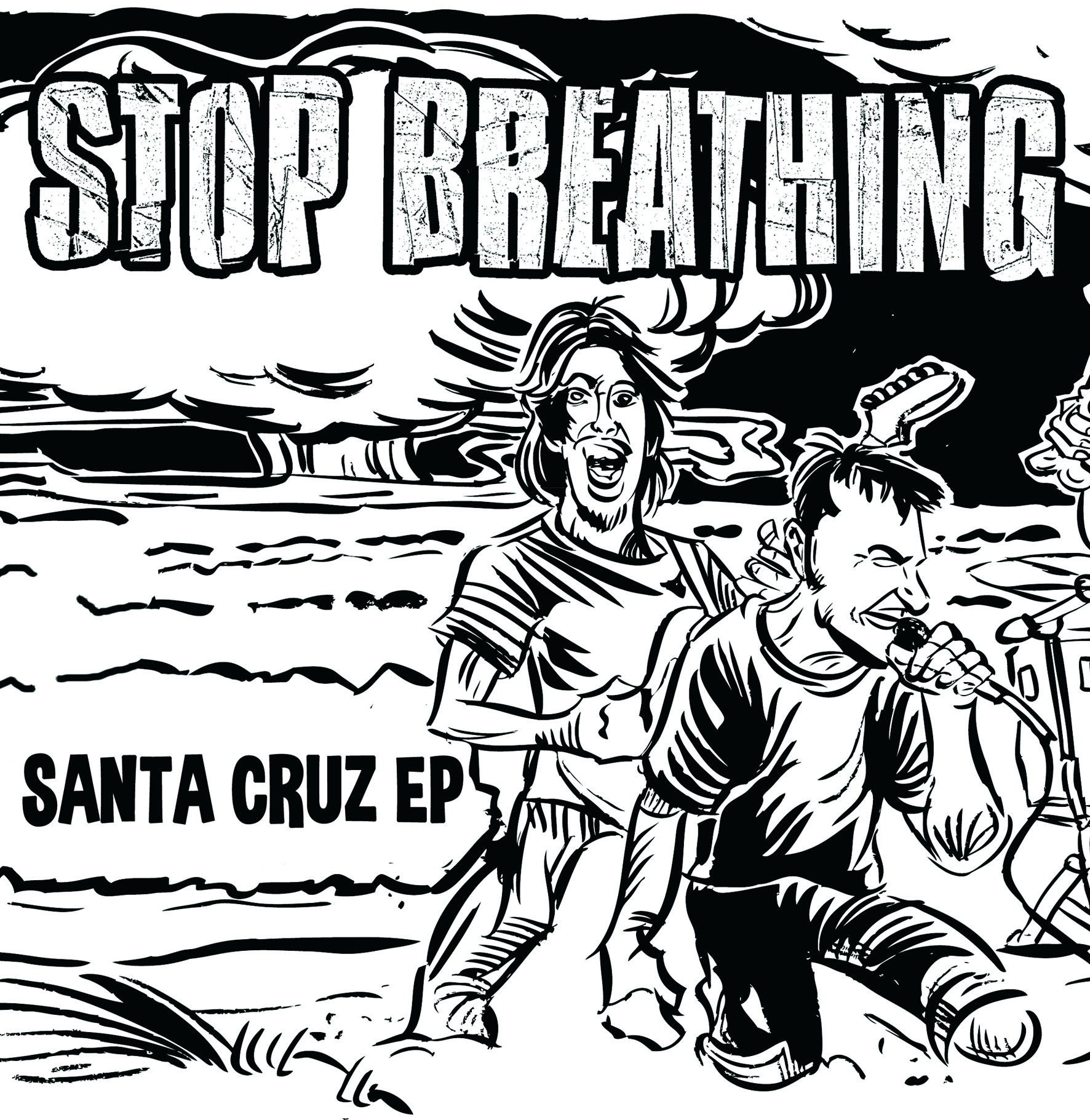 A short, five song, EP clocking in under eight minutes filled with energetic hardcorepunk. A recipe for succes? Stop Breathing with their Santa Cruz EP manage to kick the door from its hingles with opener ‘Can’t be Stopped’. The less than half a minute long is a nice giveaway for the rest of the seven minutes.

Because the band manages to interest as long as the music is playing, but immediately after you’ve already forgotten their songs. Fast, angry, gang vocals, easy to learn lyrics, a short solo here or there; mediocre is the verdict.

The band toured last year with Suicidal Tendencies and although they sort of have the same sunny feel to their songs, the punches fall flat. Except for the Void cover ‘Who Are You’ But that says enough I guess.

Label: Rotten To The Core Records