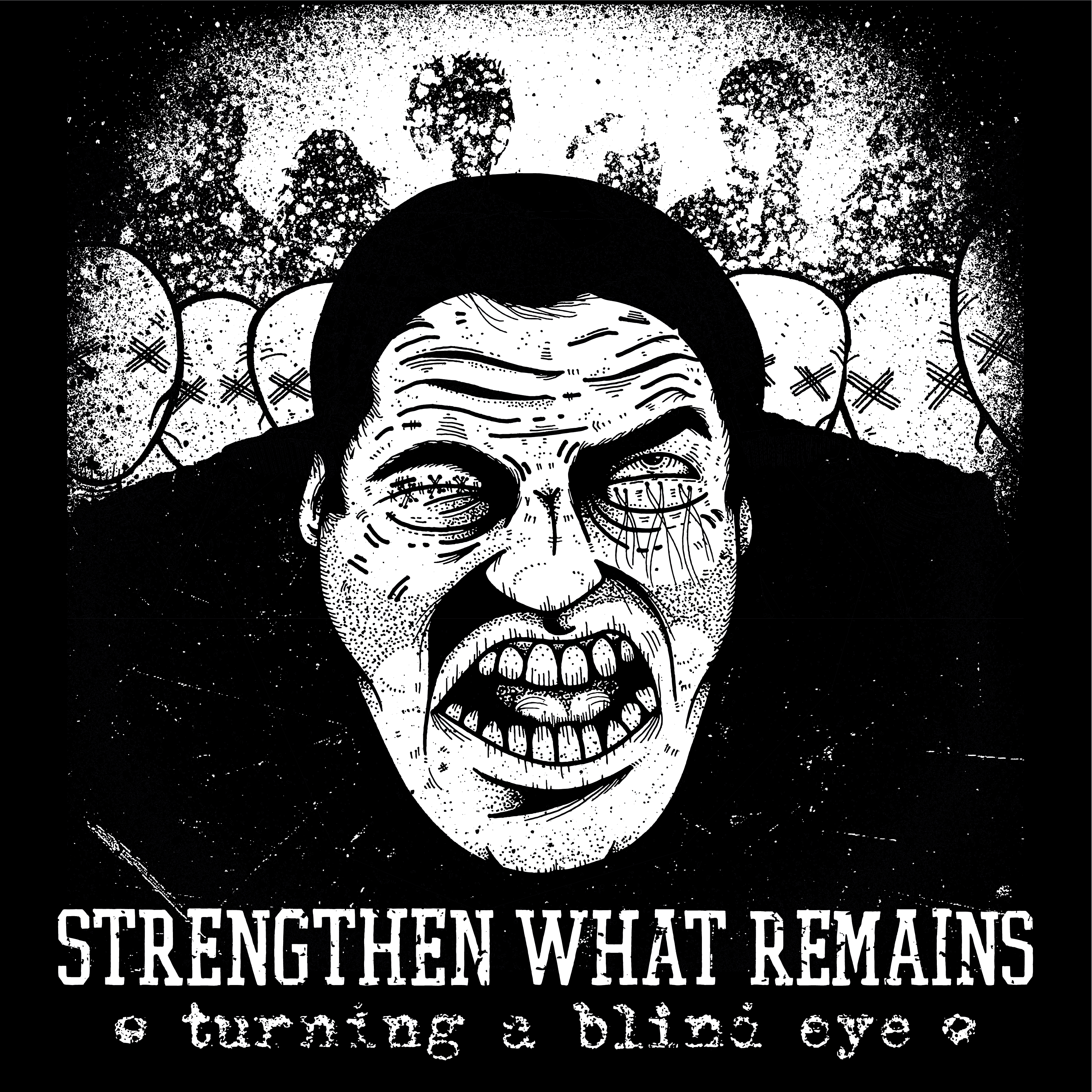 The hardest records to review are records you just don’t have that much to say about. Enter Tampa, Florida’s Strengthen What Remains and their heavy hardcore with a mid to late 90’s metallic edge. Think Strife, Figure Four, 100 Demons, you know the sound.

Would I mosh to this if I ever caught this band playing a show? Highly likely, especially if the members show a little enthusiasm on stage and the guitar sound is as blisteringly heavy as it is on this 12 track album. I would probably buy a shirt as well, if the designs aren’t as ugly as this record’s cover.

Will Turning A Blind Eye be on high rotation in Casa Just Killing Time after this review is finished and the submit button has been hit? Probably not. I do enjoy listening to these songs, but overall they are just…unremarkable. Most just seem to stop and start, lacking head and tail and clear song structures. The lyrics fail to evoke that I’m gonna climb on somebody’s head to get to the mic and scream that next bit! feeling and the riffs and breakdowns are lackluster to say the least.

Heavy hardcore enthousiasts could do way worse than checking out Turning A Blind Eye, but the most it did for me was make me want to listen to In The Eyes Of Our Lord insted.