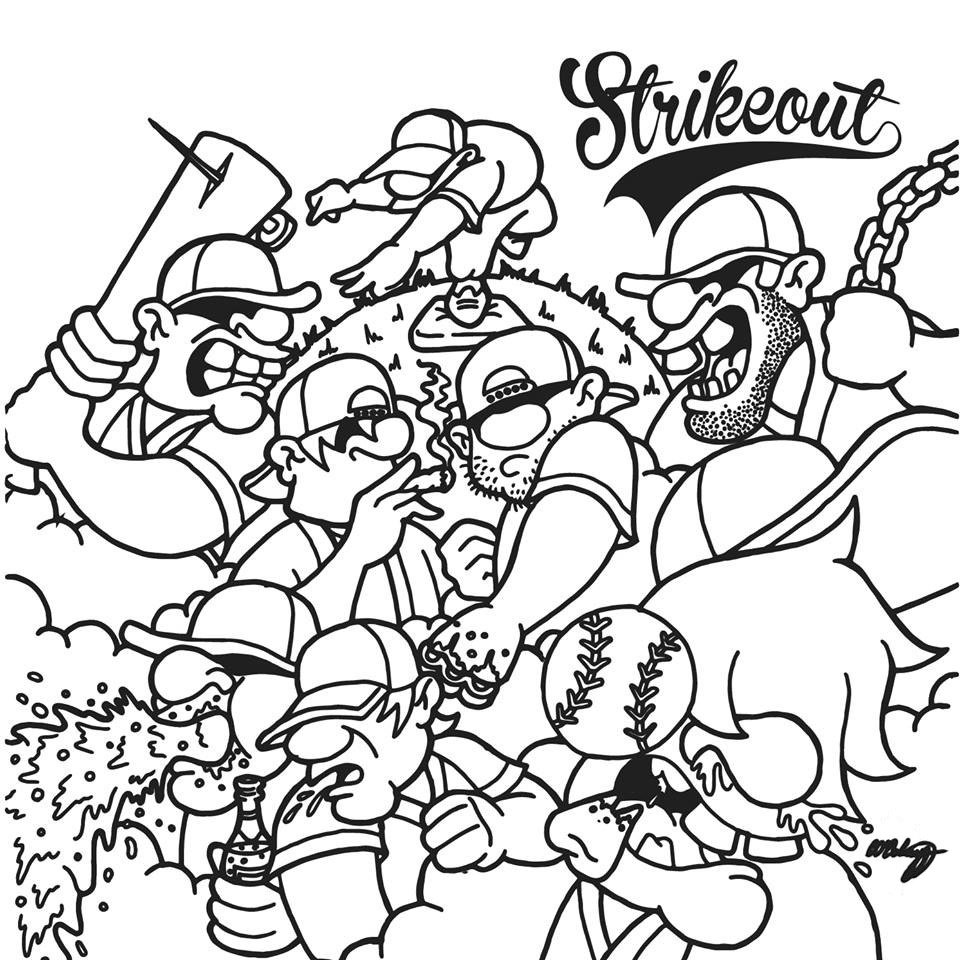 The Casbah stage at Rebellion Festival in Blackpool kicked off at 4:30 on Thursday and Strikeout from Preston had the honour of starting.

At first glance you’d have been forgiven for thinking they were American. Baseball caps, hoodies and baggy jeans made them look like Americans. Even their name is a reference to America’s pastime, baseball.

Their sound was definitely like American hardcore. The only difference is it was done with Lancashire accents.

No new ground was being broken, but that’s not to say they weren’t very good. There weren’t too many people who had turned up to see them. There were perhaps a hundred and at least half of them stood at the back with folded arms.

This didn’t stop a great, energetic performance though. There were more than just a few hints of Rotting Out in their songs, but it was more of an homage than a blatant copy. Strikeout could be England’s most promising hardcore band in a long time.

I spoke briefly with the bassist after the show and he told me there is a growing scene in Preston at the moment. He said he even has a Preston Hardcore tattoo. These guys are serious.