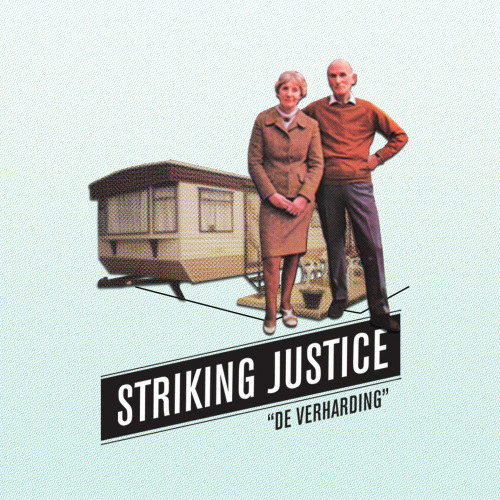 Let’s start this review of by saying how absolutely stunning this CD looks. The guys of Striking Justice and the White Russian label apparently understand that in this age of downloading you have to make your physical release look extra special. And boy De Verharding does come in a quality package. It’s a real piece of origami. How about that.

Striking Justice, who for some reason I tend to confuse with Striking Distance, are one of the most hard working bands from The Netherlands. They’re not afraid to get in the van and drive all the way to Russia to play some shows. That’s something to respect.

Their previous release Building was a pretty okay record but not much different from bands like No Turning Back and Down To Nothing. On De Verharding the band has clearly established a sound more of their own and less old schoolish. Incorporating elements from Modern Life Is War and other mid tempo acts has given the band a fresh and, though I kind of hate using the term, mature sound.

The only thing De Verharding lacks compared to this year’s really outstanding records is a certain amount of hooks. I truly enjoy listening to these six songs yet there isn’t one that is really memorable. There isn’t a song that really settles in and keeps popping up in your mind on unexpected occasions.