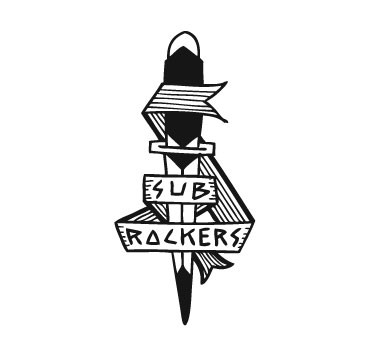 At the eleventh hour of 2014 a friend of mine asked us out for a punk rock show of a Swedish punkrock band. Before the show I wasn’t that siked about these guys but telling me the Local Spastics were playing was enough. Although it was ‘all the way’ in Delft we did make the travel and were late enough to actually miss out on the spastics. But on a positive side we made it right in time for the Subrockers. 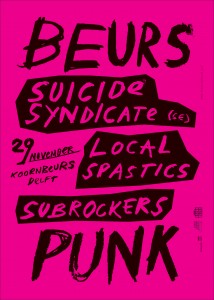 I have heard the name before but I’ve never took the time to check it out. Sadly for me cause these guys play exactly what I was missing out in the Dutch Punk rock scene. Not saying that the Dutch scene is bad, not at all. But personally I was missing out on some streetpunk. I do know that it’s a subgenre which is kinda uncool to some people these days. But hear me out, the Subrockers do not play your average typical Oi Oi riotrock. Thanks to members of Disturbance & Antidote there’s a hint of their notable streetpunk vibe but actually they seem to merge it with anything they want. With this in thought they combine rock’n’roll with punk in a (for the Netherlands) refreshing way.

With only a handful of audience they played the tightest Dutch show for me this year. From opening song to, by audience claimed, encore they obviously enjoy playing this music for anybody and anywhere. Actually the Subrockers did to me what I hoped Death Alley would but sadly couldn’t do to me: getting me excited again for the Dutch punk rock!

Last thing to say is go check out their LP ‘Subrockers’ and their recent EP ‘Telephone’. It’s on Spotify so you don’t even have to get up. Everything these guys need to succeed as one of the best Dutch live bands is some recognition from the audience. So learn those songs and tear it all down at their upcoming gigs!

After Subrockers it was time for main act Suicide Syndicate. I am very sorry to say that I did not like this at all…. Dime a dozen….