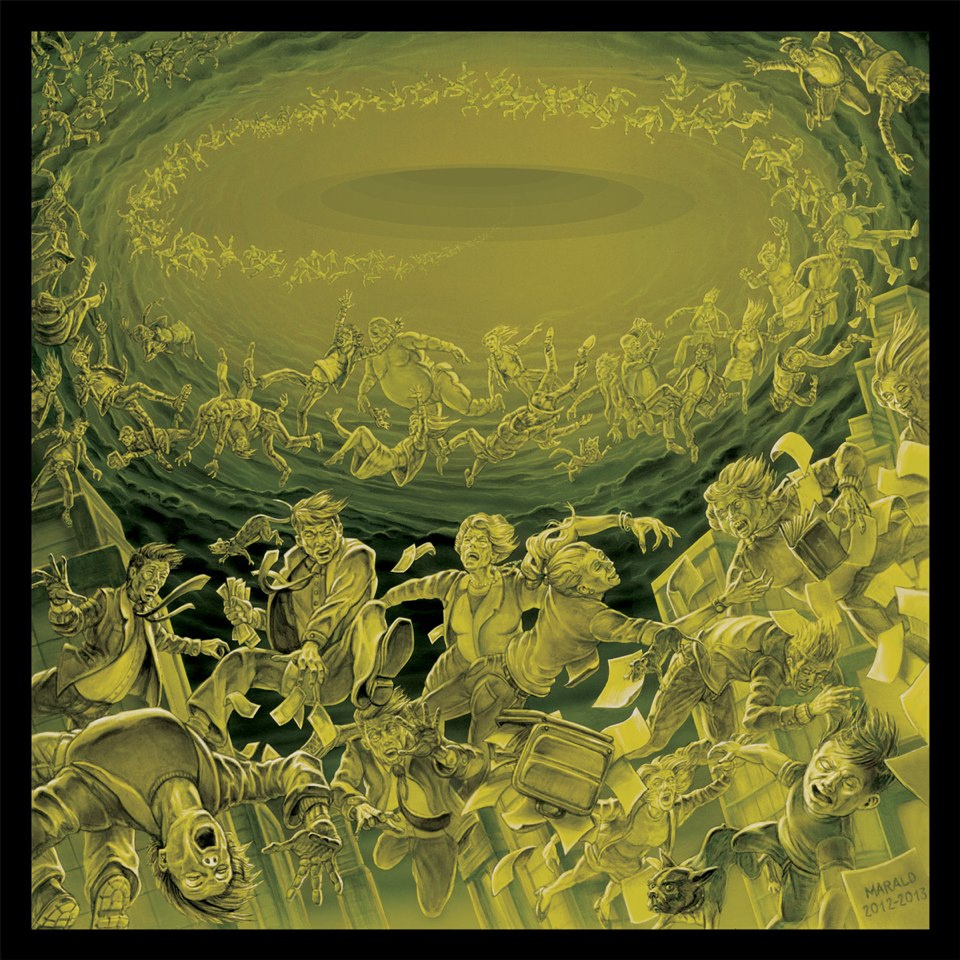 This album was announced ages ago. At the very least that’s what it seems like to me. I think I first heard about this album somewhere in 2012. So, they took their time. The big question is, was it worth the wait?

After their demo and a split with Grinding Halt on Graanrepubliek you should know what to expect from this Dutch grind outfit: grindcore inspired by Swedish and American grindcore acts with hardcore influences dashed in for good measure. Twelve tracks, all of ‘m lasting for around a maximum of two minutes don’t make this a very long album. But you wouldn’t expect a grindcore act to release an album lasting 80 minutes, would you?

Although grind purists might enjoy this Suffering Quota adds some different influences as well. Some songs have some heavy crust influences for example, which in my book is not a bad thing. Album closer (and exception to the aforementioned two minute song length) ‘Conflict’ sounds a bit doomy, but shifts to blast beats a couple of times.  Not bad at all! The production of this record is heavy (reminding me a bit of some Swedish works of art) and fitting the sound, but I’ve learned to expect no less from JB van der Wal.

Something that deserves extra mention is the incredible artwork. This type of old school paintings are something to cherish. A big thumbs up here!

I started this review by wondering if this record is worth the wait and I conclude by stating it is. It’s short and sweet and definitely deserves your attention.